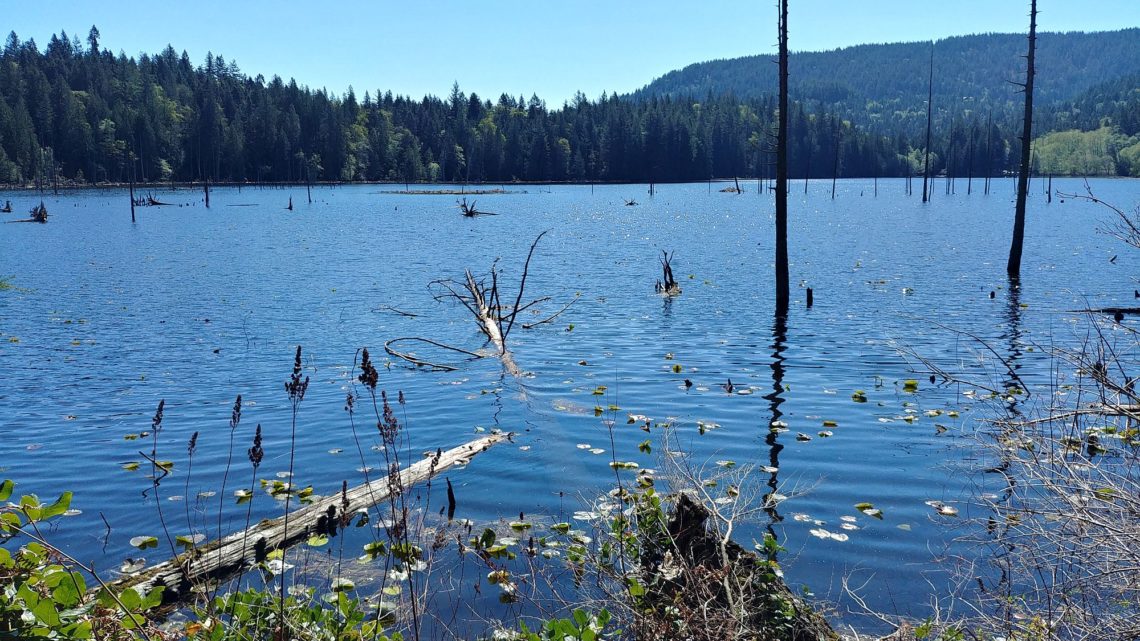 Solene’s last day in Canada was forecast to be a sunny day (we have had at least three of those so far!), so we planned for a day excursion on Bowen Island, an island which you can reach in an hour and a half from Vancouver centre, with a cheap ferry (the fare is cheap, not the ferry itself, fortunately). It is a popular destination for a day hike. 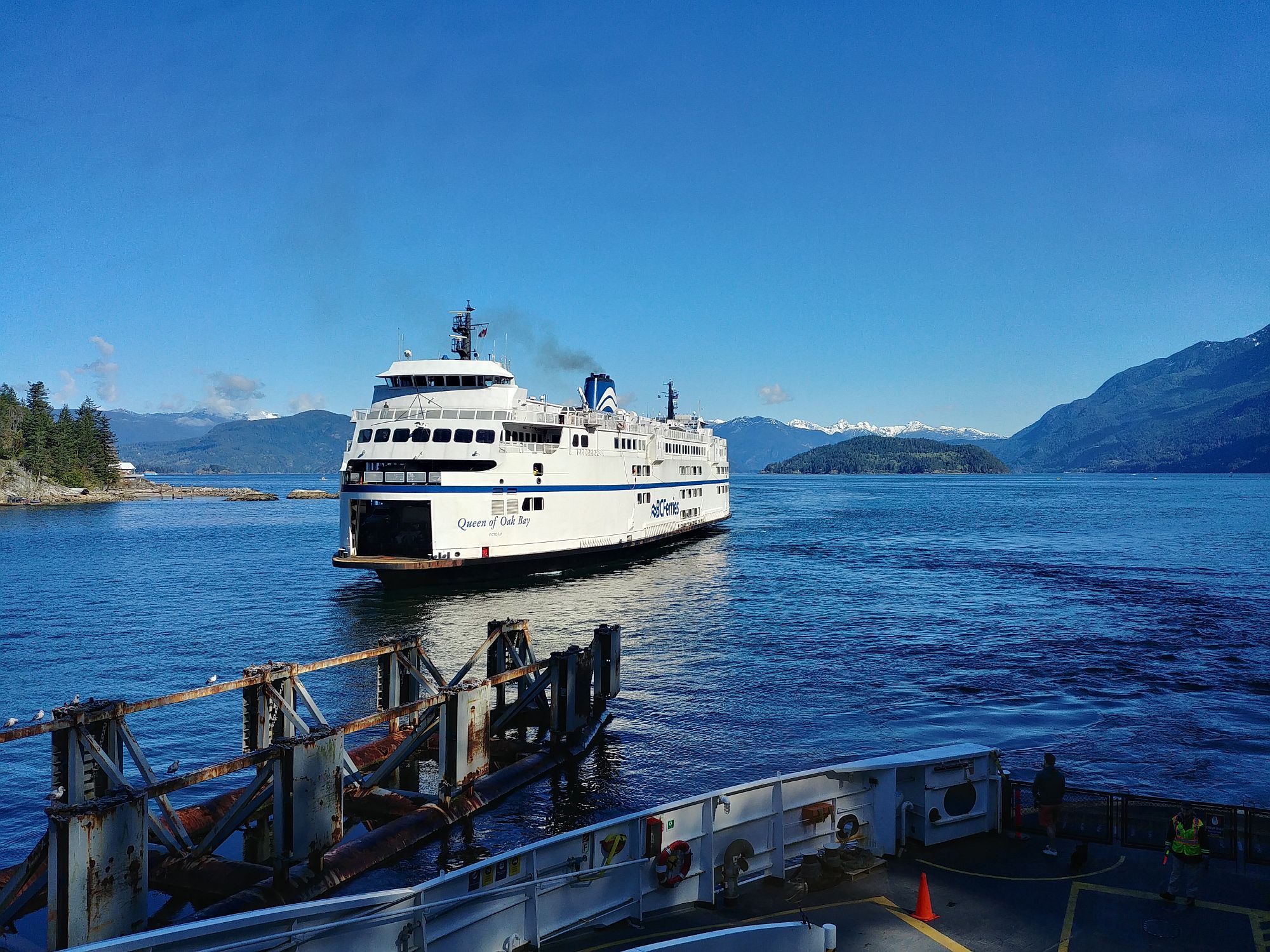 On board the ferry in Horseshoe Bay

So, on this sunny Saturday, we were not the only ones taking the bus to the ferry terminal, and had to stand during the ride, the bus (an express) using the highway. After that, we arrived without trouble on Bowen, and could start on the trail that we had looked up. Our main fear was that the trail would be crowded, but fortunately we could be reasonably alone in the forest, just coming across many other hikers. (And their dog. Walking your dog seems to be a popular activity.)

Our trail took us to a small waterfall with a fish ladder, then around Killarney Lake, of which we only caught glimpses at first, owing to the thickness of the forest. Gradually, the way took us closer to the lake, first to an elevated viewpoint, then another lower, a boardwalk or three, then to a pebble beach were children were having fun. We arrived at the picnic area perfectly in time for lunch, and spent a nice time sitting in the sun. 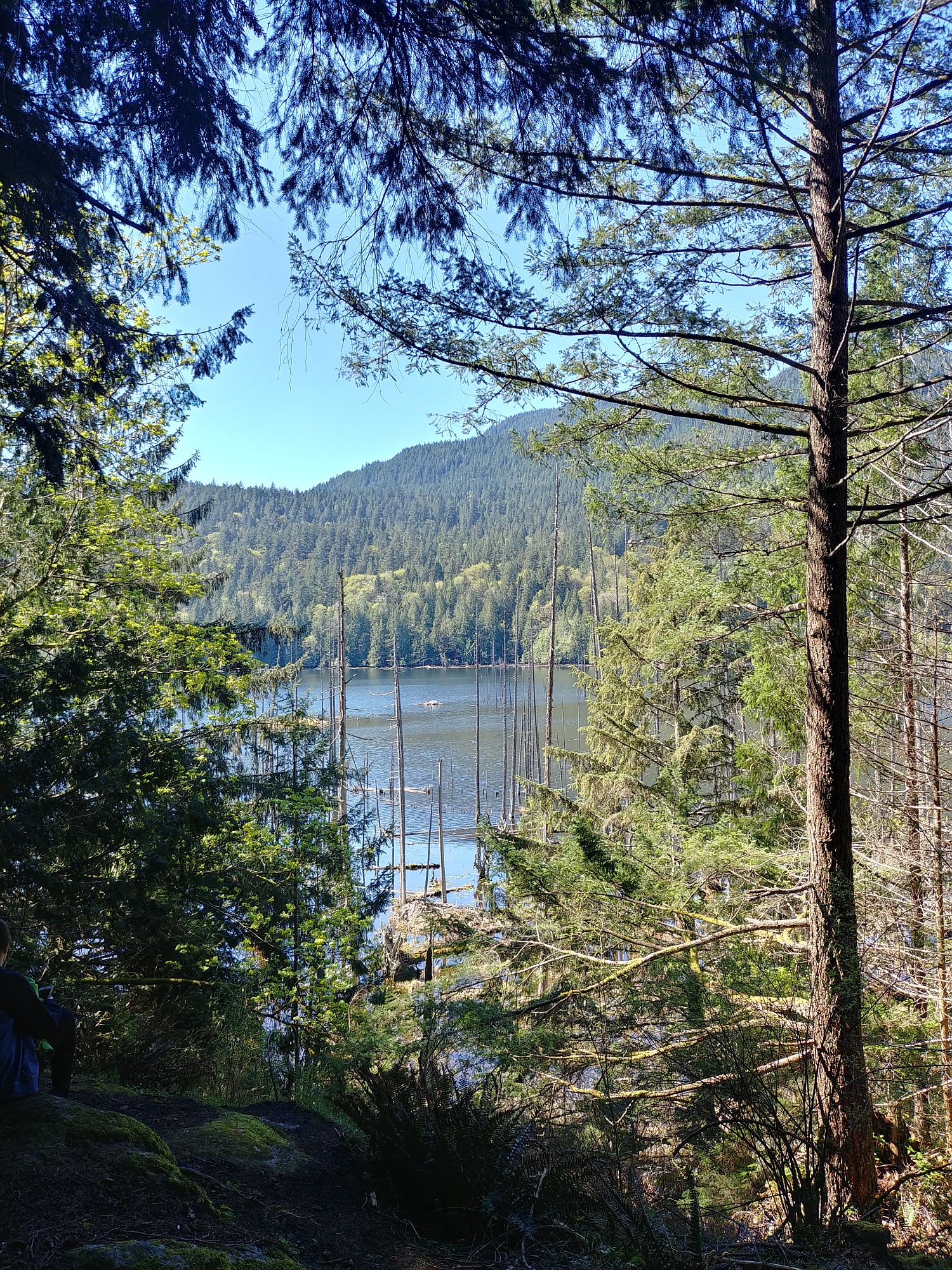 We chose another trail on our way back, giving us a nice viewpoint on the mountains. An ice cream when waiting for the ferry managed to complete the impression of a summer day!