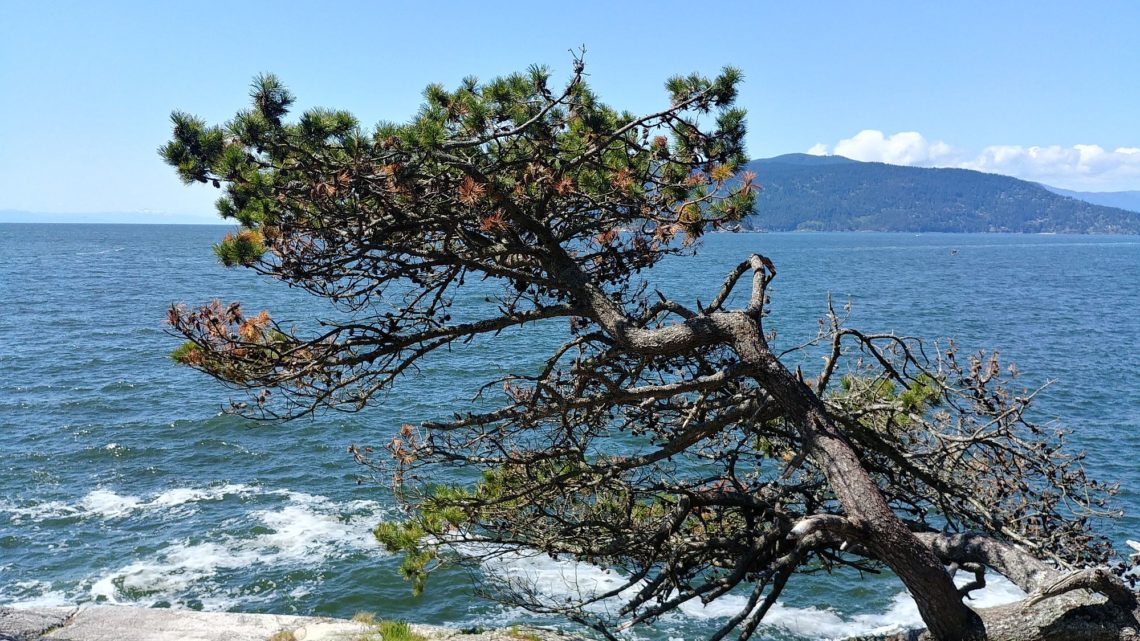 Back to walking! Between the hostel’s cheat sheet and the guidebook Solène left me, I had a list of parks with interesting hikes.

Of course, it also include almost an hour’s commute to get there, but well, who’s counting?

I found the promised cliffs with climbers obviously practising their skills, the great lookouts, and quite a few other people that found the beautiful weather enticing. Most of the sunny rocks had their own visitors! 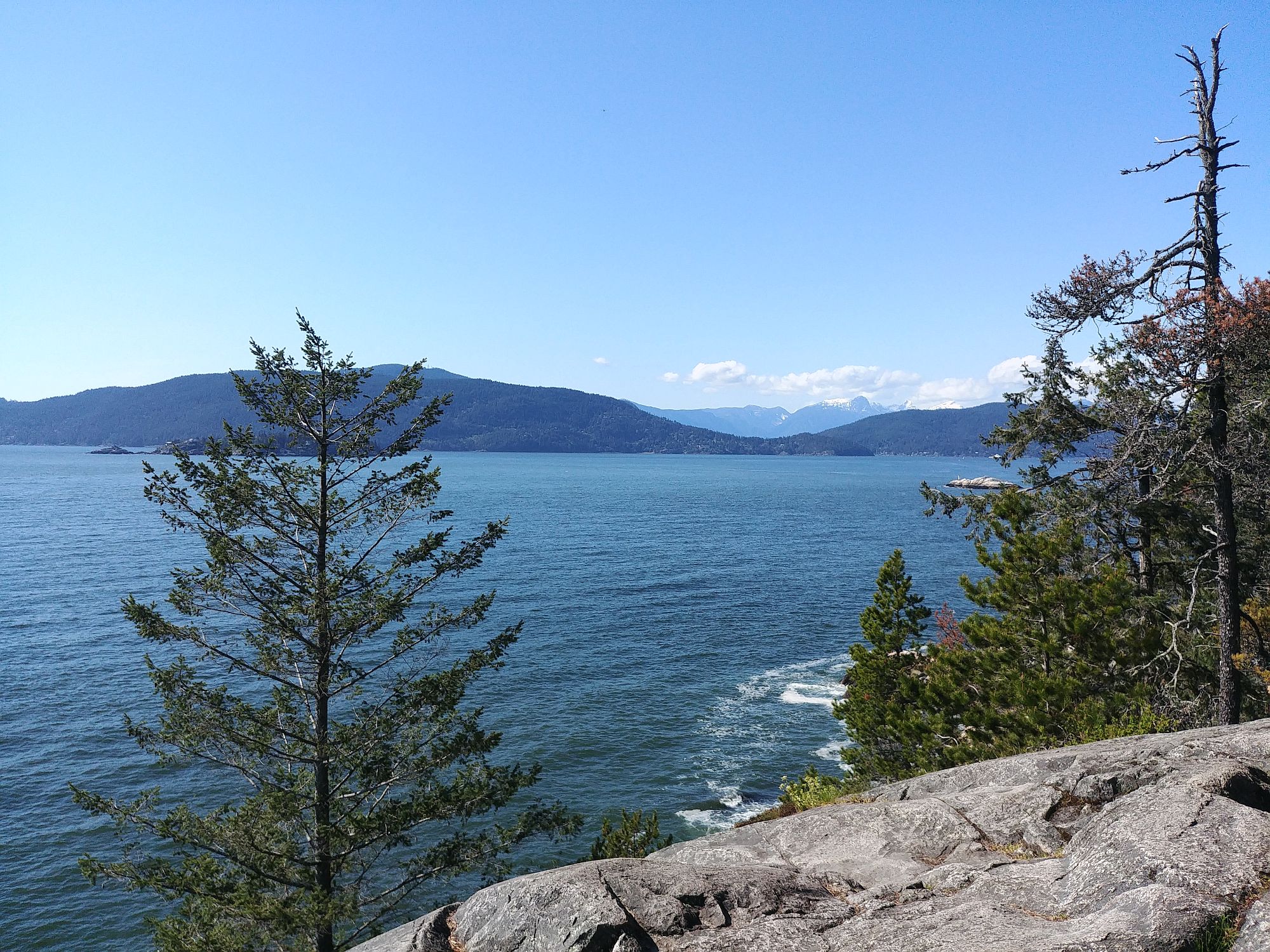 The park itself is more or less shaped like a triangle, with two sides overlooking the sea -in one direction, towards Vancouver Island, in the other, the straight separating Vancouver Downtown to North Vancouver. The lighthouse is at the point, but cannot actually be accessed, it can only be seen from afar.

The trails alternate between wide, flat pathways and steep, narrow gullies that you would swear are streambeds -with the water flowing down underpinning that theory. The occasional fallen tree bars the way. 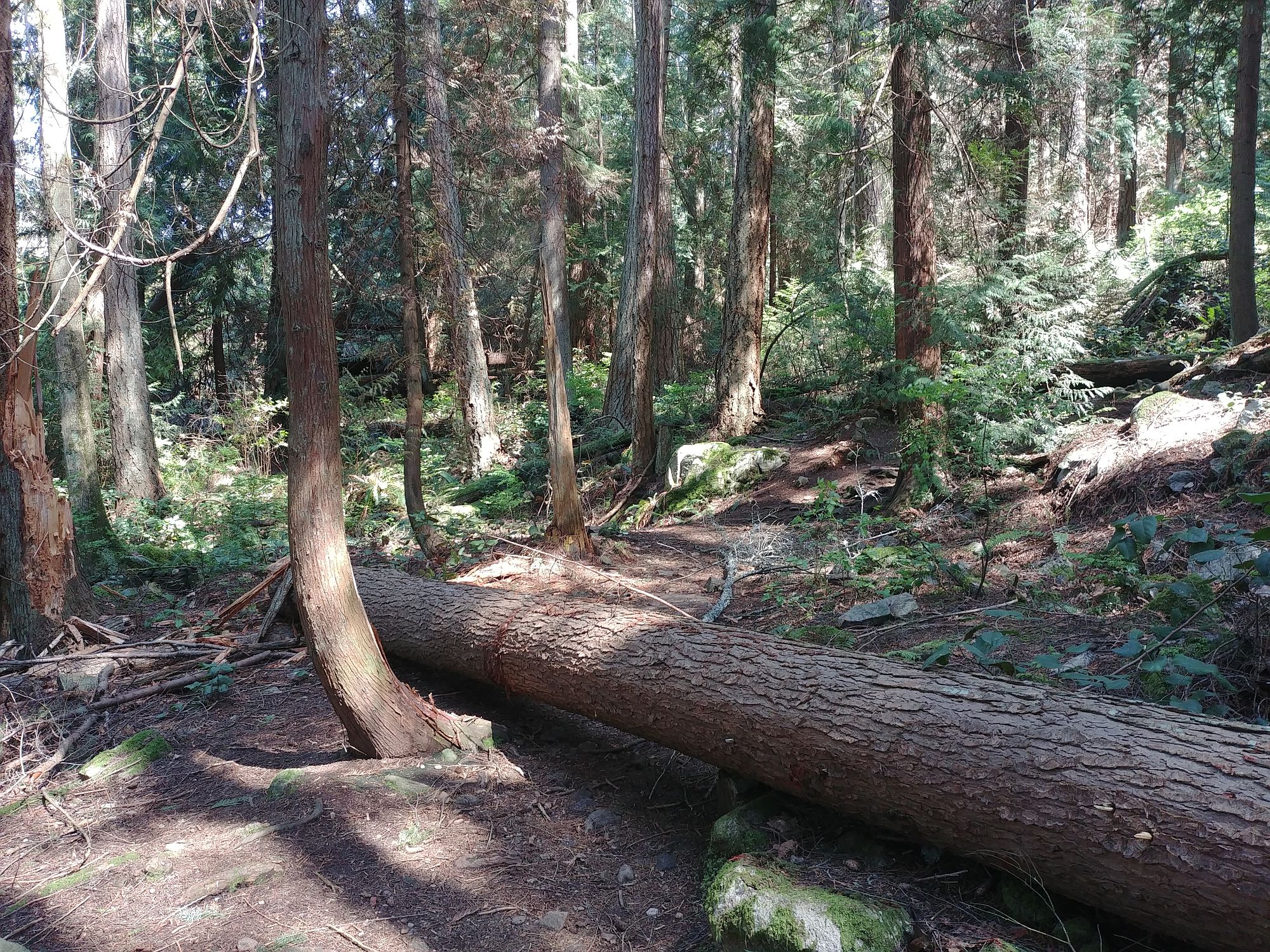 But the sun was shining, the park was great, and I enjoyed myself.