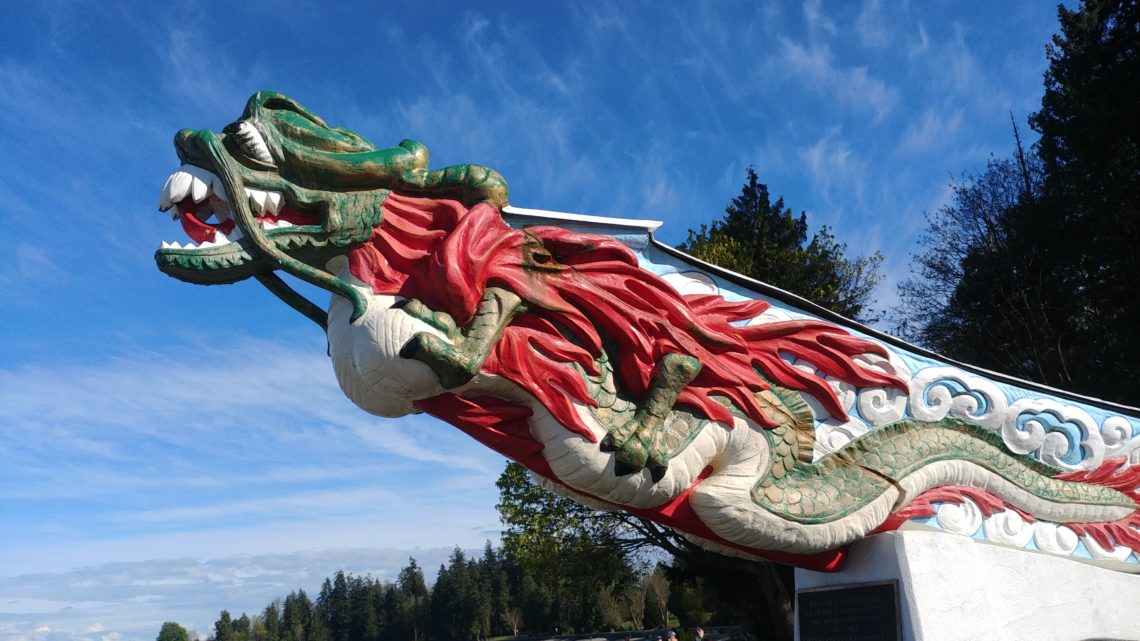 Stanley Park is a famous site of Vancouver, its “green lung” as we say in French. Therefore, we had planned to have a picnic there, hoping for a welcoming patch of grass in the sun.

Even though it is quite close to our hostel, we managed to get mixed up in the bus lines and it took us some time just to get there.

At first, we followed the crowd on the seawall, passing on our way the horse-drown carriages that are a popular attraction. The concrete road with its constant flow of bicycles and tourists was not exactly the idea we had of a day in the outdoor! 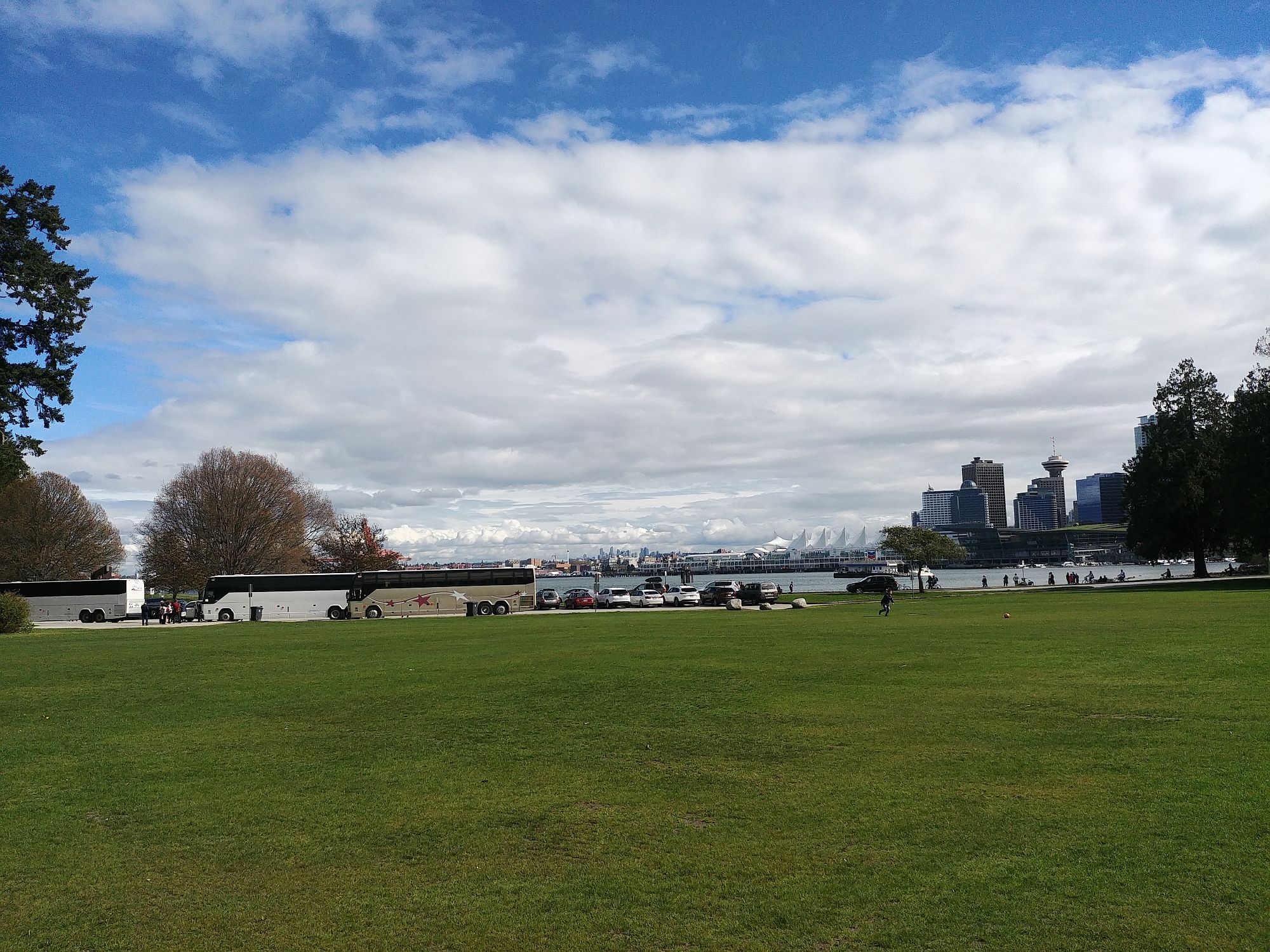 The park hosts some totems, that we took time to greet (again, lots of people and a souvenir shop next to it), before we settled for lunch on a not so sunny bench. At least, it offered a view of the mountains! And also of the huge cargo boats in the harbour. 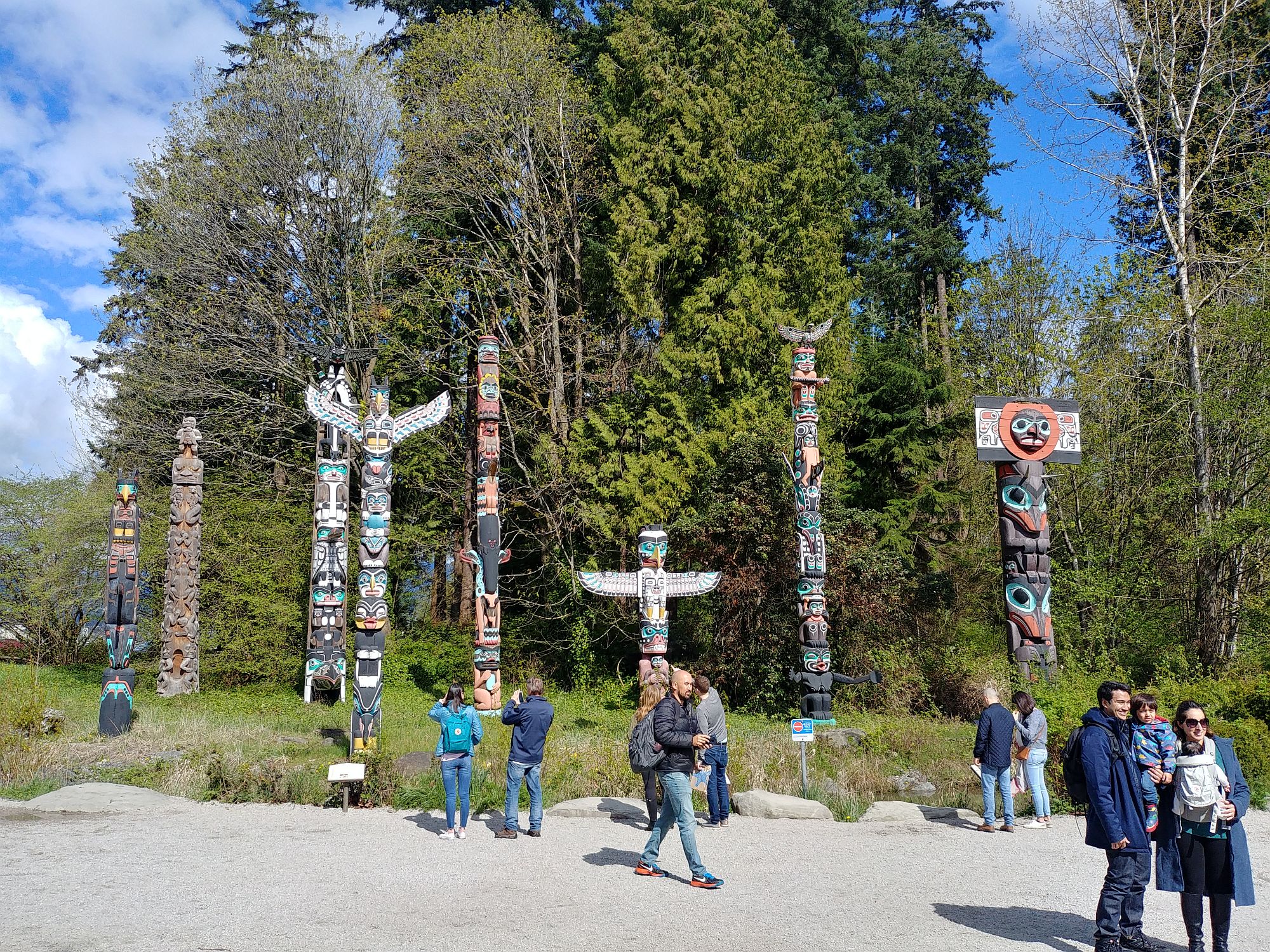 Since the temperature was definitely not one for spending an hour reading, we continued our way on the seawall, before we turned deeper into the park looking for the attractively named Beaver Lake.

This turned to be a good idea, as we found ourselves in a more isolated trail, with mossy trees and a charming creek. We arrived at the lake where a heron was gracefully submitting itself to an enthusiastic photo shoot from the passer-by. 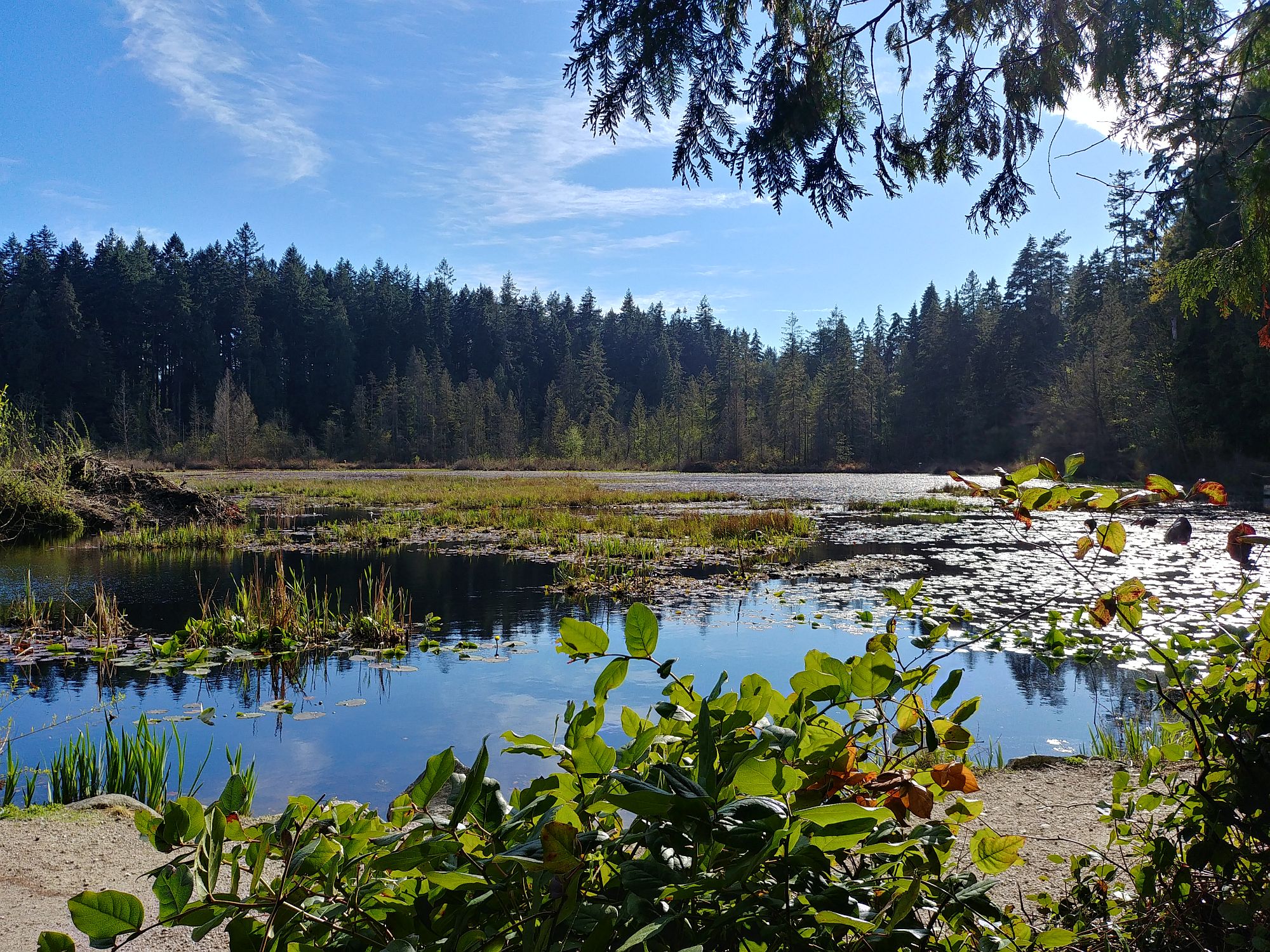 The shy ray of sun was not enough to keep us warm in the wind, so we decided to go back, strolling through a quaint flower garden (they like to call it a rose garden, but a few leafless thorny sticks sticking out of the ground isn’t our idea of a rose garden, even a dormant one).

We caught a bus back (one of the lines we had originally ignored) and went for a quick grocery shopping trip to prepare for our next day’s excursion.