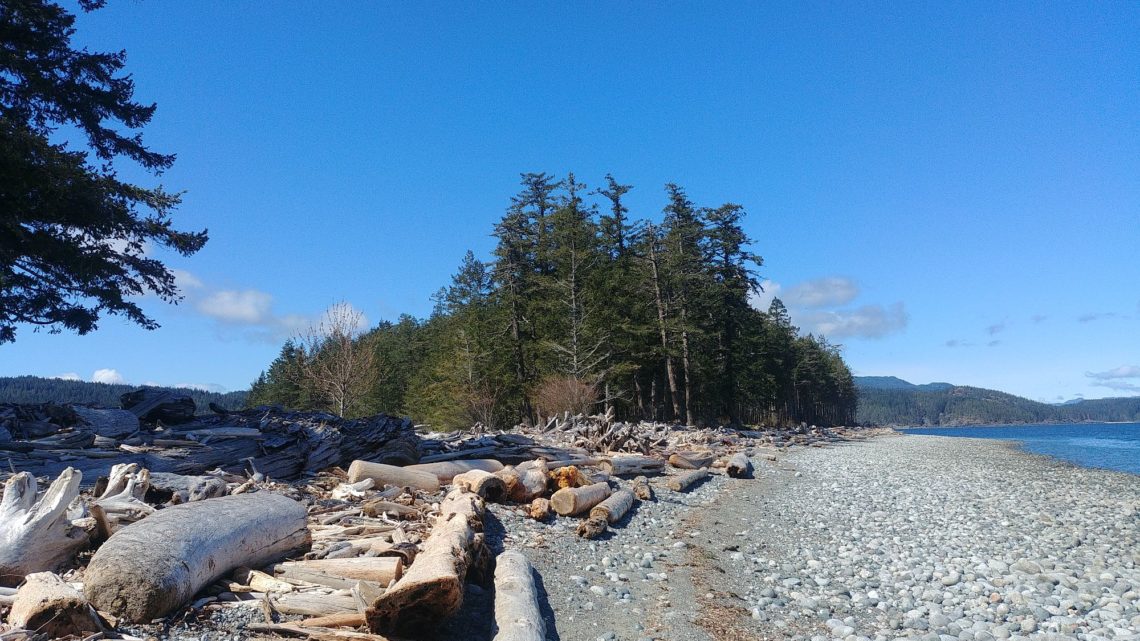 We were so comfy in this cabin that we allowed ourselves to sleep in (until 9!) and even a late start. Elisabeth had some memory of a place called Rebecca Spit, and that is where we headed to.

Luckily, it was a sunny day, and the scenery was literally breathtaking! 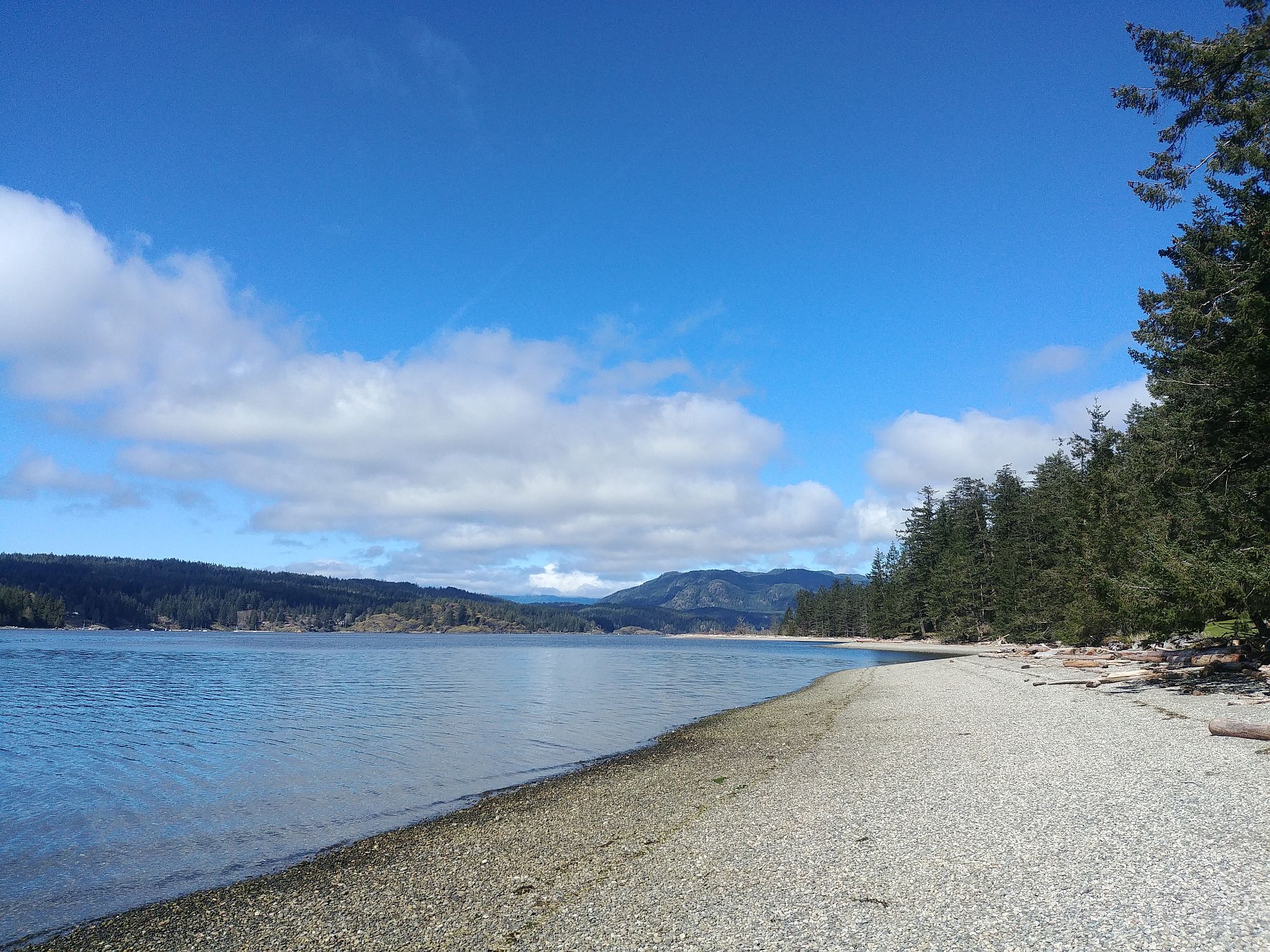 The Spit is named this way because it is a strip of land jutting out in the sea, with the Rocky Mountains as a background. The beach is made of pebbles of all sizes, and is lined with tons of driftwood.

We slowly made our way around the Spit, stopping for multiple pictures and having fun walking on the trunks. We made a new friend in the form of an otter, which we met repeatedly, scratching her back with evident delight on the pebbles, or snacking on fresh fish. Several eagles also made an appearance. 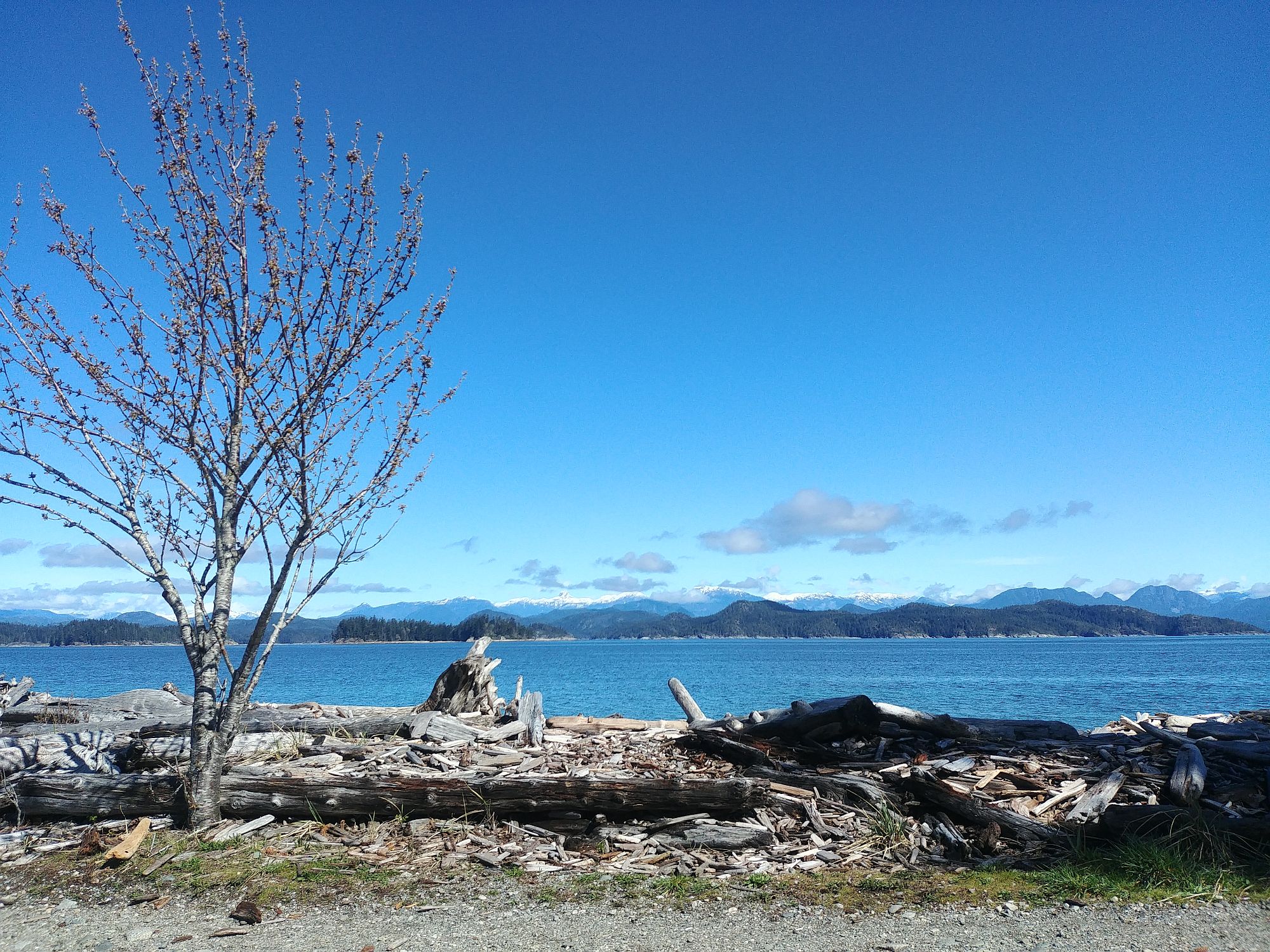 We had lunch on a welcoming log in the sun, and left regretfully this little patch of paradise. We had hoped to visit the Nuyumbalees Cultural Centre in the afternoon, but we found the place closed. Nevertheless, we had a look at the totems outside. 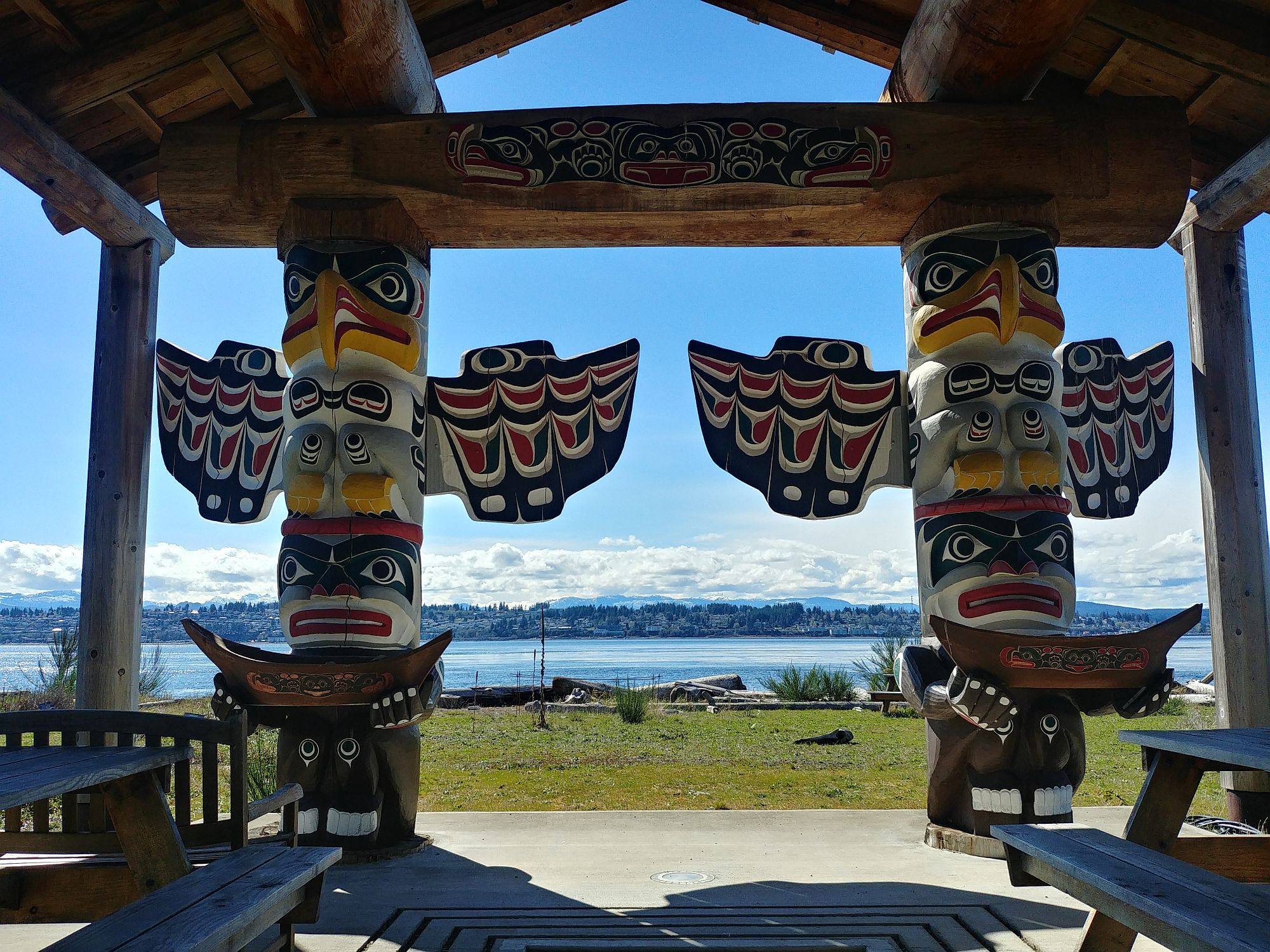 We decided to take the ferry earlier than planned, and went to Elisabeth’s friends. It was a joyful reunion!