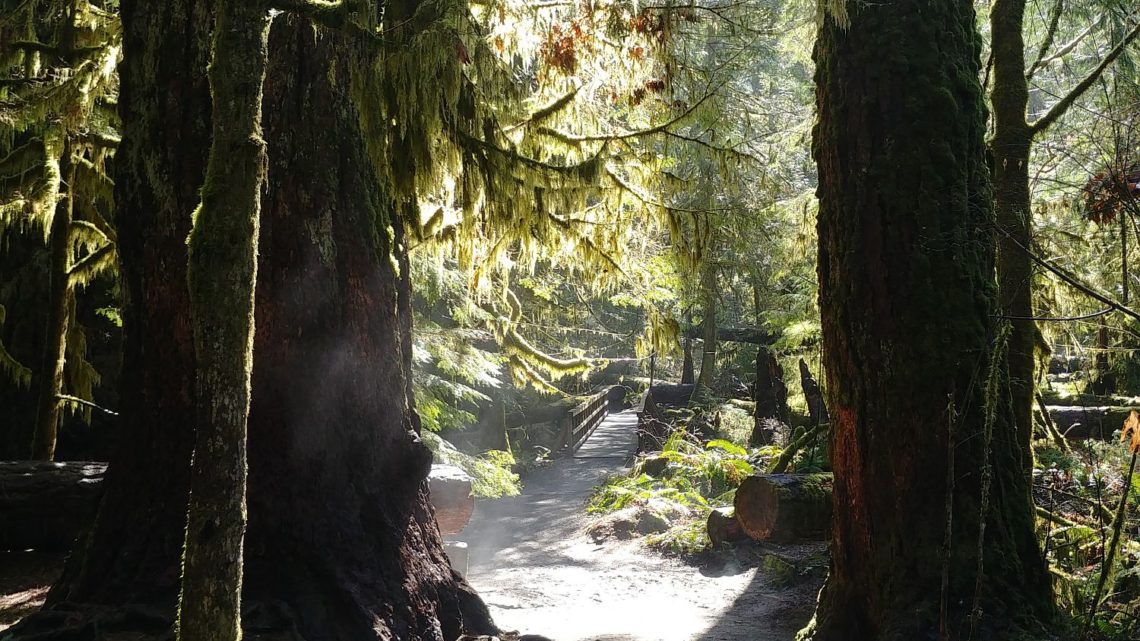 After a leisurely breakfast and a quick stop at a bakery (called Mon Petit Choux), we drove onward towards Tofino. That is, we crossed the breadth of the island (from the East coast to the West coast).

Our first stop was the eagerly awaited Cathedral Grove, a stand of old-growth Douglas Firs. The oldest tree is 800 years old and taller than the Leaning Tower of Pisa (which, at less than 60m, isn’t that tall to begin with).

The name of the grove reflects accurately the majestic effect of the soaring canopy, the mossy trees standing straight as columns and the branches an overarching ceiling. We trod respectfully and quietly as is we were pilgrims. (See picture above.) 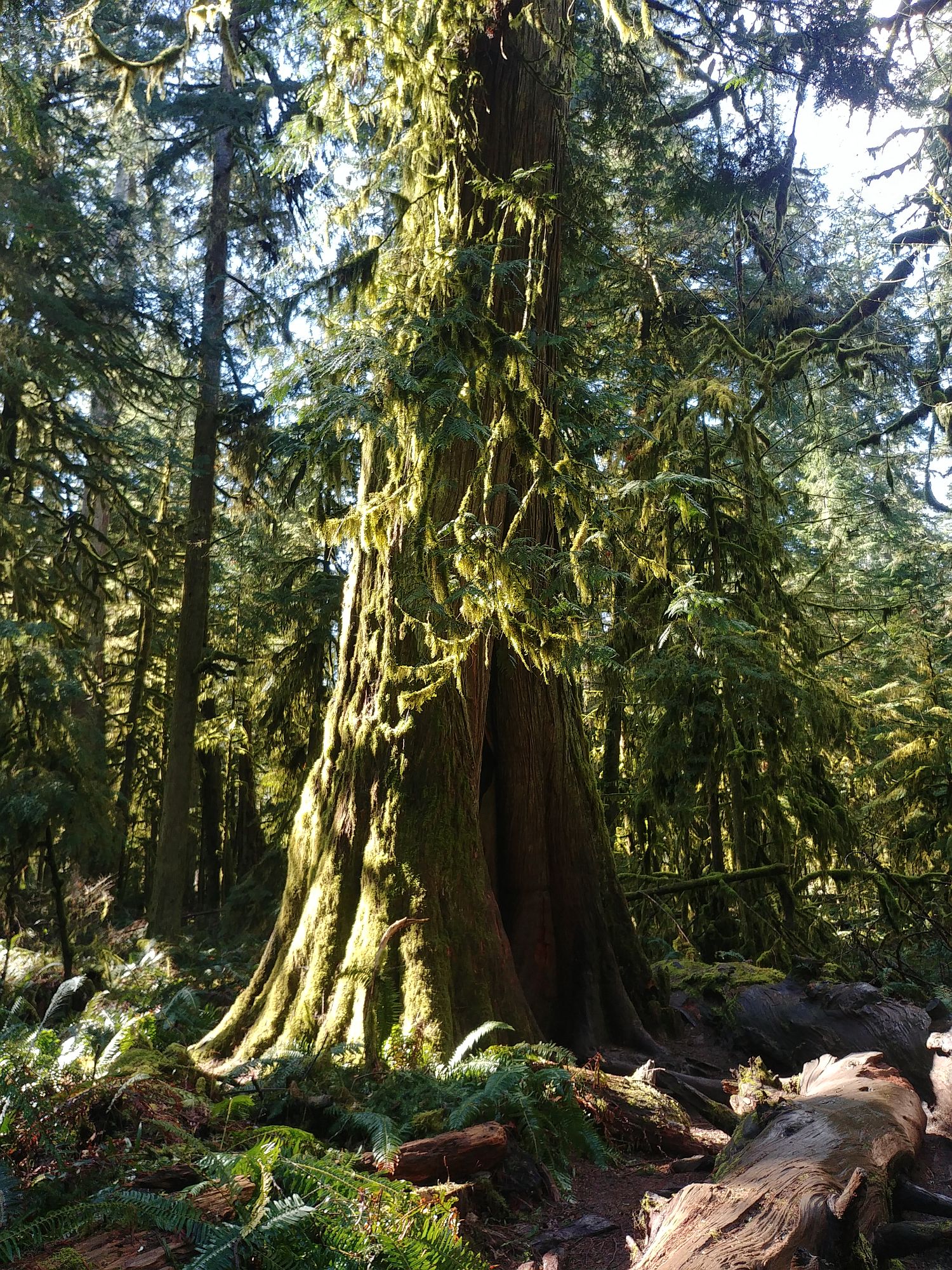 A gurgling brook added a delightful backdrop to our stroll.

A second stop saw us visiting Sproat Lake, a popular camping ground during the summer. We had the place mostly to ourselves, and we first followed a trail on the shore taking us to some petroglyphs.

With the sun shining on the water, blue from reflecting the sky, it was only a matter of time before someone ended up in the lake. It was Solène, and I didn’t even have to push her in!

(She maintains it was a grand experience. I stayed dry and prepared lunch and hot tea on a nearby picnic table.) 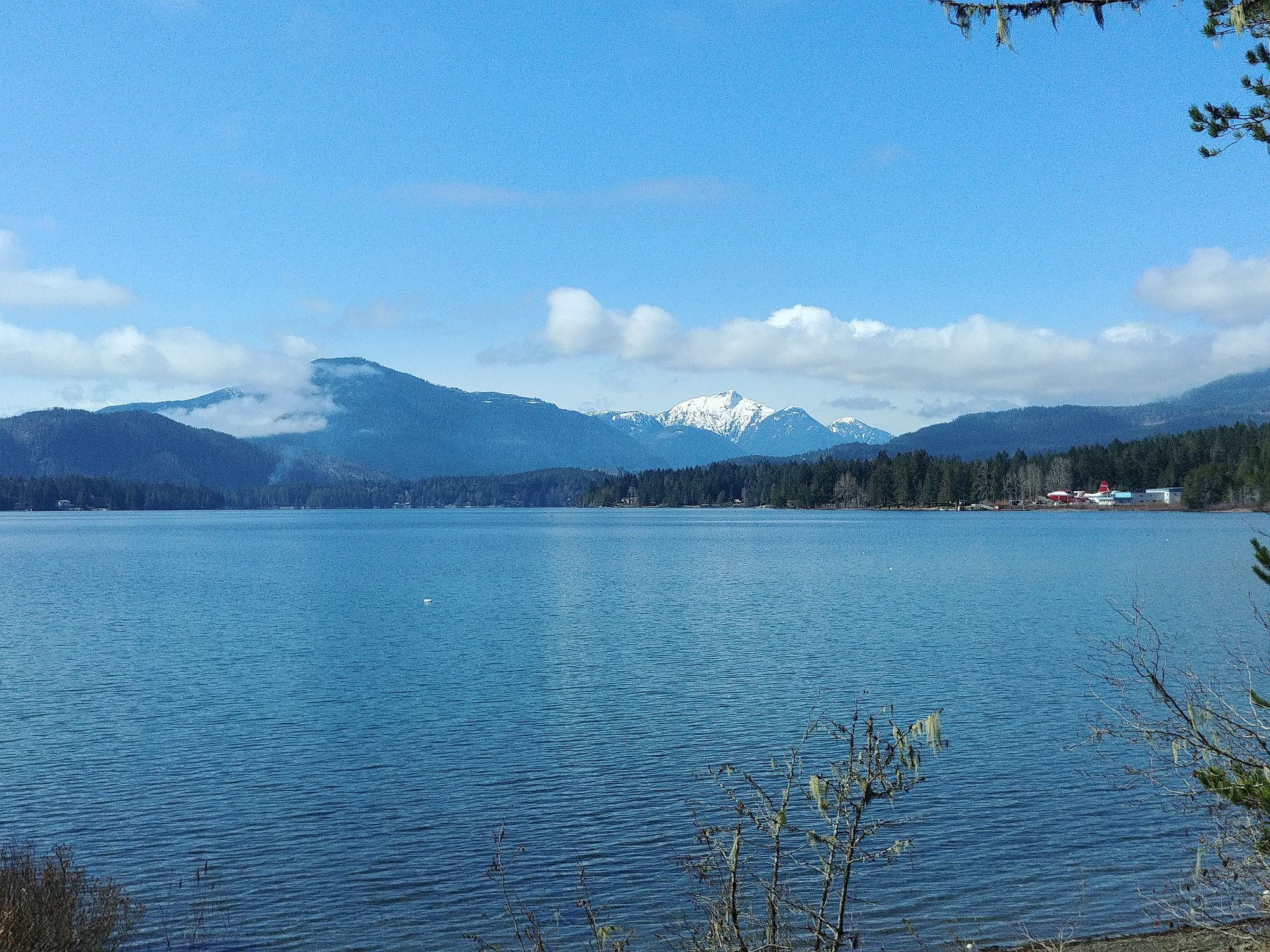 We had successfully managed to avoid with this stop the closure of the road further on for construction work from noon to 1pm.

So we made a spontaneous stop by a river cascading alongside the road. We hopped along the rocks to see it from top to bottom. 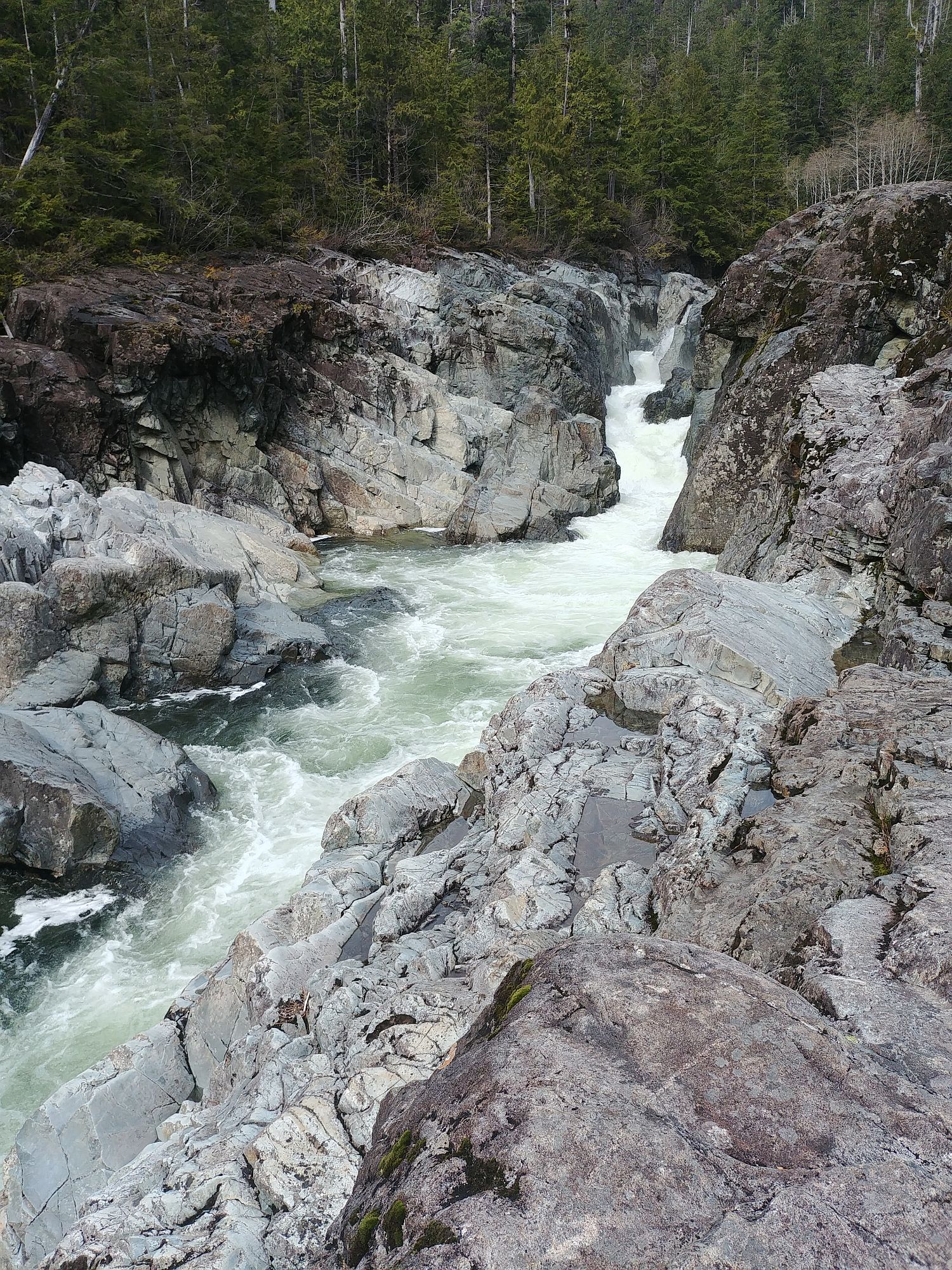 We drove on, rather confident in our schedule, meant to allow us to avoid the next closure on the road, planned for 4pm. We arrived at the site of the construction works 15 minutes early, and took our place in a line that was already formed. Time passed on, and we had almost lost all hope of passing through when the way was opened for us at 4:10.

We then made it straight to Tofino and our hostel. It is a small, colourful house, where our host welcomed us with cheer and bountiful advice. The atmosphere is very cosy, especially as there is a French volunteer working there until the end of the week. He gave us advice, showed us to the nearest beach, and offered us a drink.

[Solène] It was a brilliant day for me, as I was longing to see the forest and the nature here in Canada. Also, the little town of Tofino, with its colourful houses by the water, is very charming, and on that evening I felt like I had found everything I had come to see.