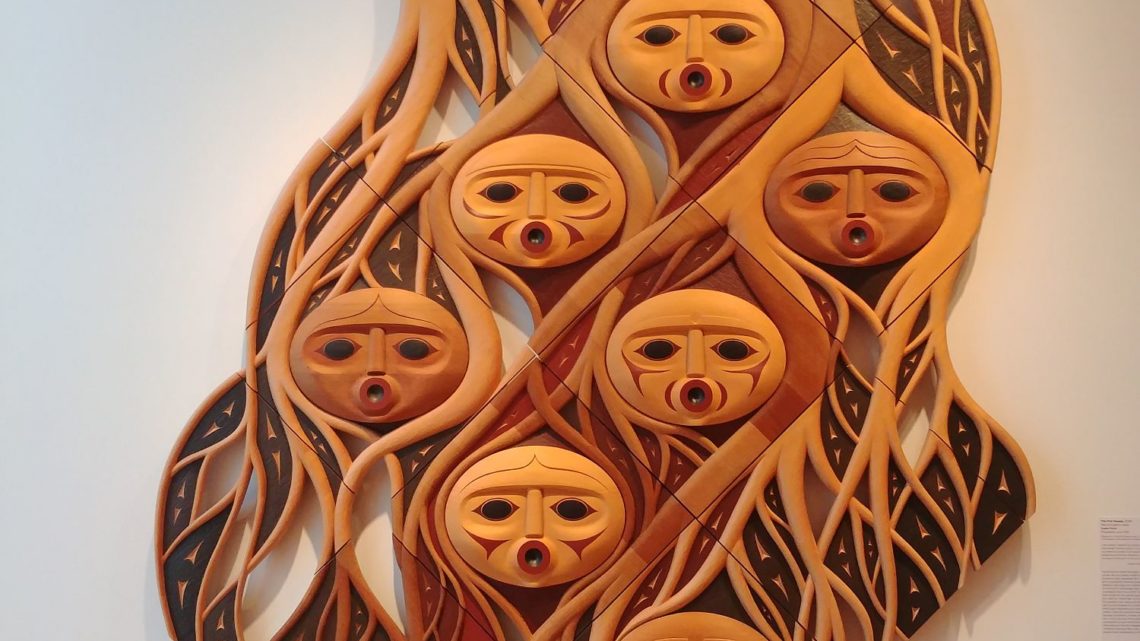 Having read that the SAM -the Seattle Art Museum- was free the first Thursday of the month, I had waited today to visit.

I didn’t have a clue of the collections, I just thought it would be a nice way to kill an hour or two.

I was pleasantly surprised at the vast array of period and places covered -even though each exhibit was quite small-, and found some very interesting things to see! 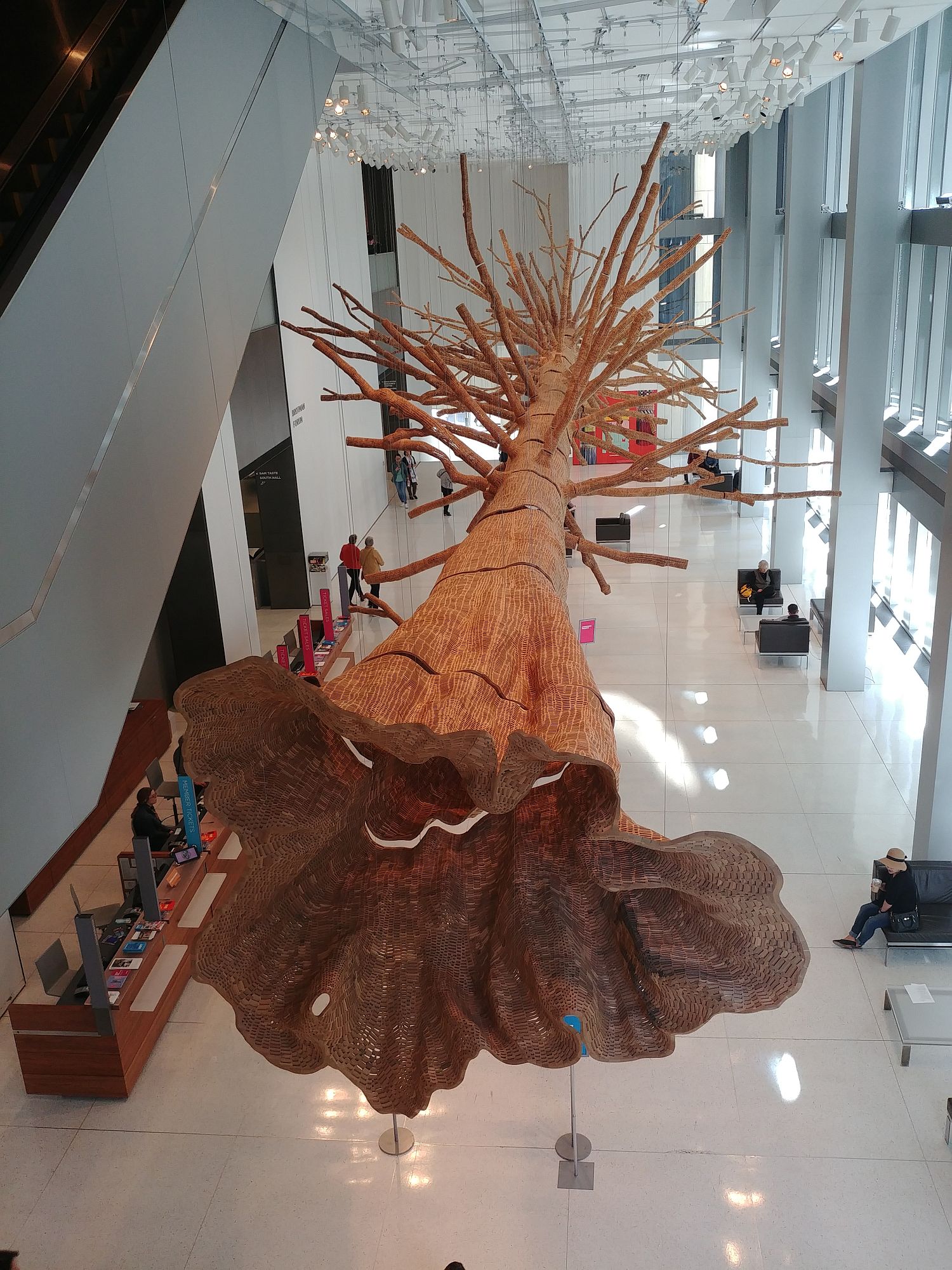 I arrived in time to catch a guided tour showing the highlights of the museum; the docent asked us our interests and shaped the visit accordingly.

We started with the porcelain room, where tea, coffee and chocolate set of the 19th century where very prettily arrayed behind non-reflective glass… and around a modern piece reflecting on the slave trade underpinning the shipping and production of porcelain and the products drunk in it. 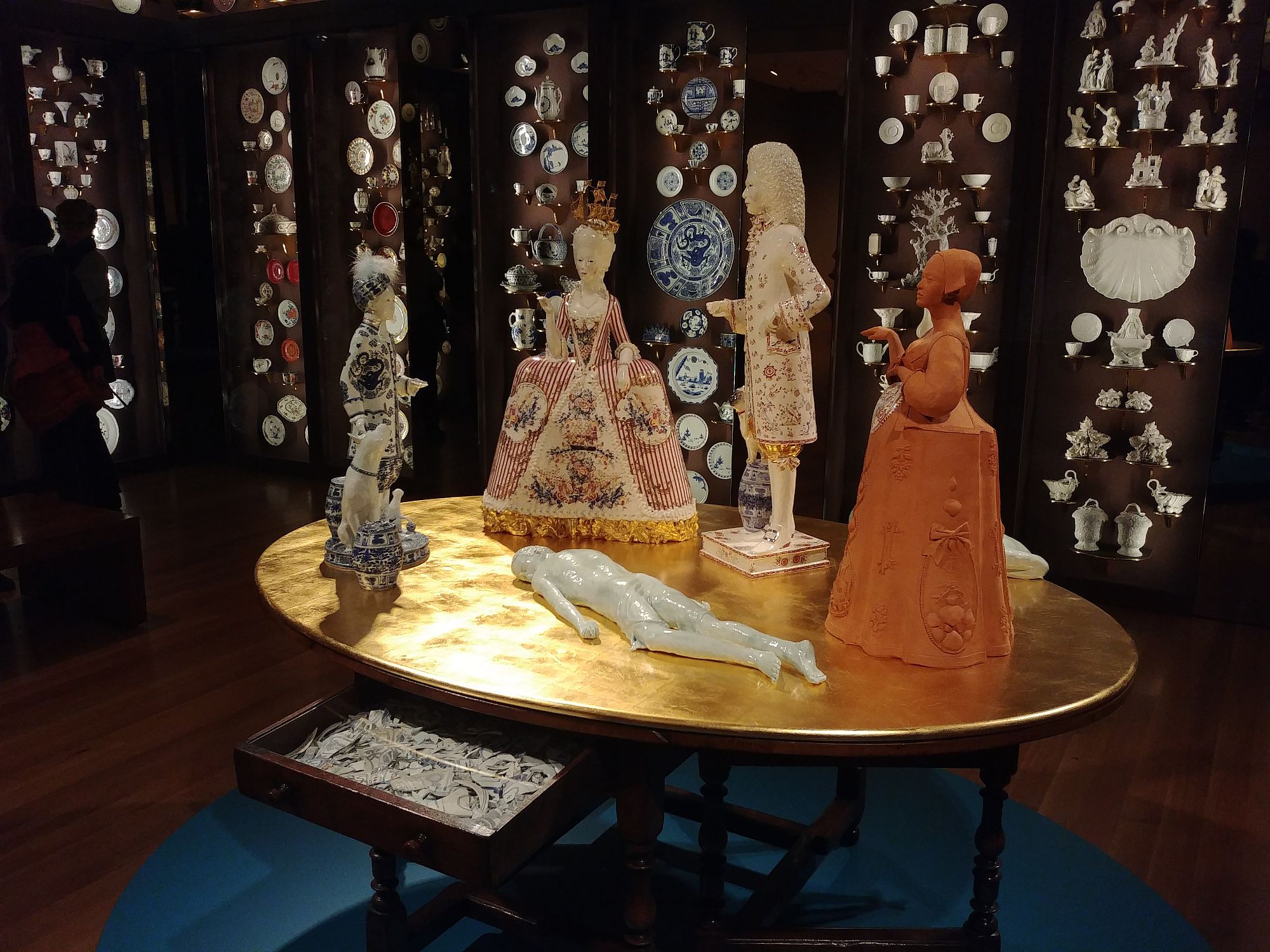 The second highlight wasn’t as much interesting for me, though there was some gold jewellery associated with proverbs, worn to help people in their daily life. Nothing like a ring saying not to judge a peanut by its shell (equivalent to judging a book by its cover!) to help you think again.

The part I wanted to see the most was the Pacific Northwest art, and there were three rooms dedicated to that art and the explanation of culture and history. 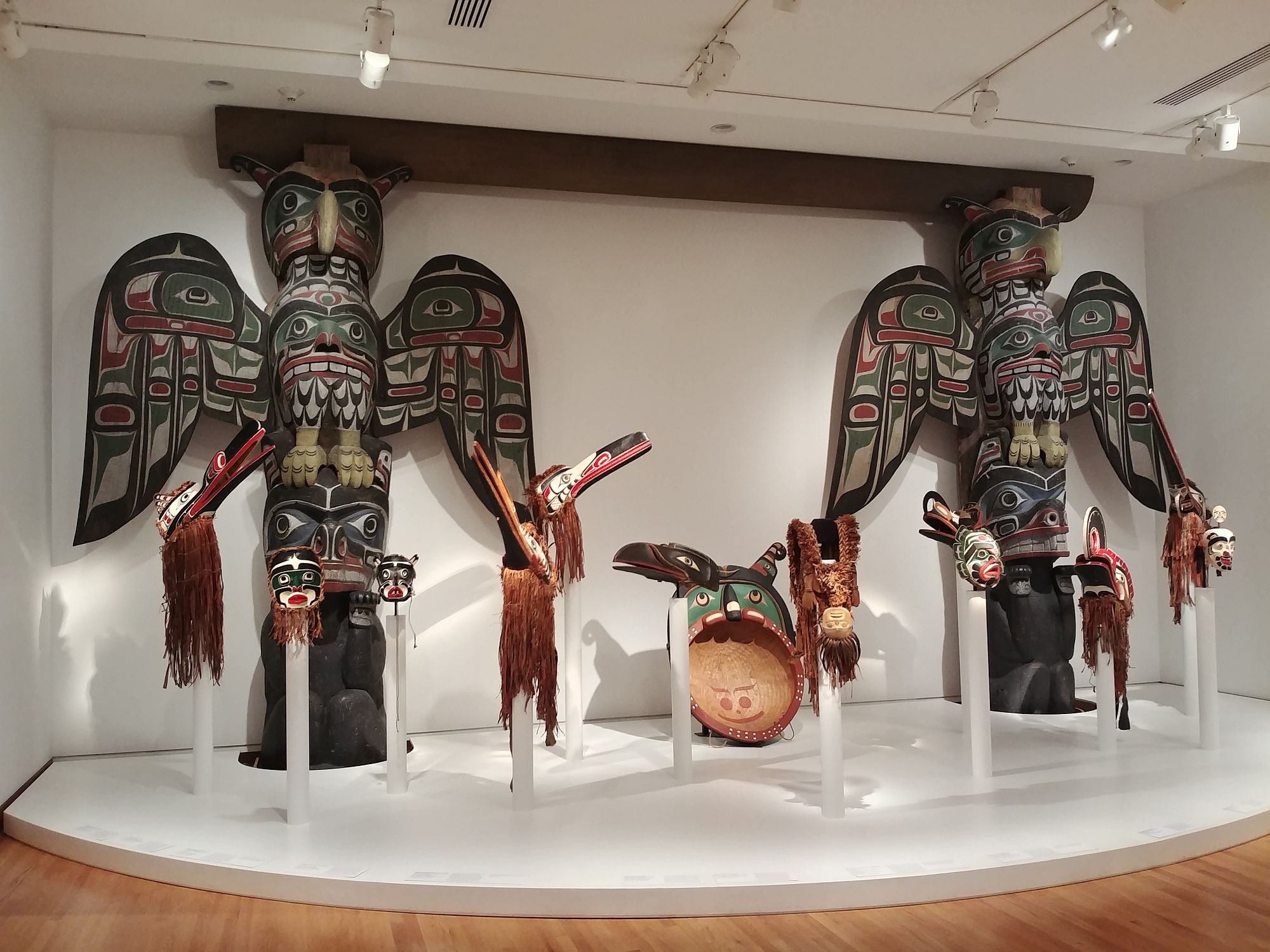 You know, Crouching Bear and Thunderbird could almost sound like an action movie. But it’s the description of the house posts, which is exotic enough.

There is also in the middle of the picture a feast dish -you can see how you could feed many people out of it.

The house posts here have a ceremonial and historical meaning -who your ancestors were…-, and denote a person of power. Now, thinking back to New Zealand and the Maori people, they also had carved and painted posts on their ceremonial houses, with the figures of their ancestors… see the parallel? The design may be different, but the meaning is similar.

The panel I put as the article topper is a modern artwork called The First People.

I had a quick look around at other parts of the museum, some modern art, some African art, some Aboriginal art, some Asian art… It was interesting to find myself again faced with Aboriginal art when I had left Australia for a few months already! 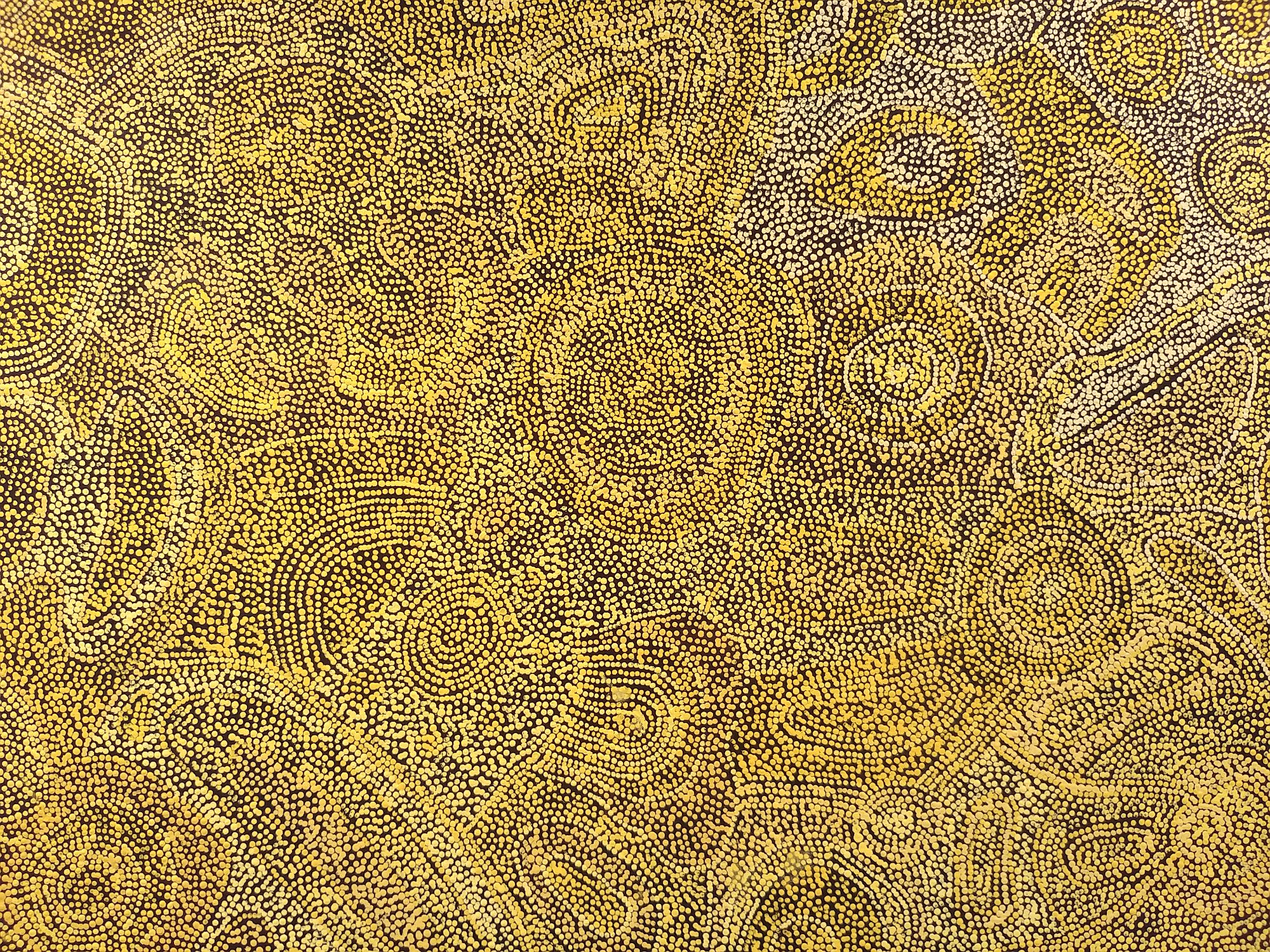 One of the last -and, actually, first- piece I had seen from the museum is a giant statue of a smith wielding a hammer. It is outside the museum and the arm holding the hammer is actually in motion, bring the tool over and over over the metal bar he is working. 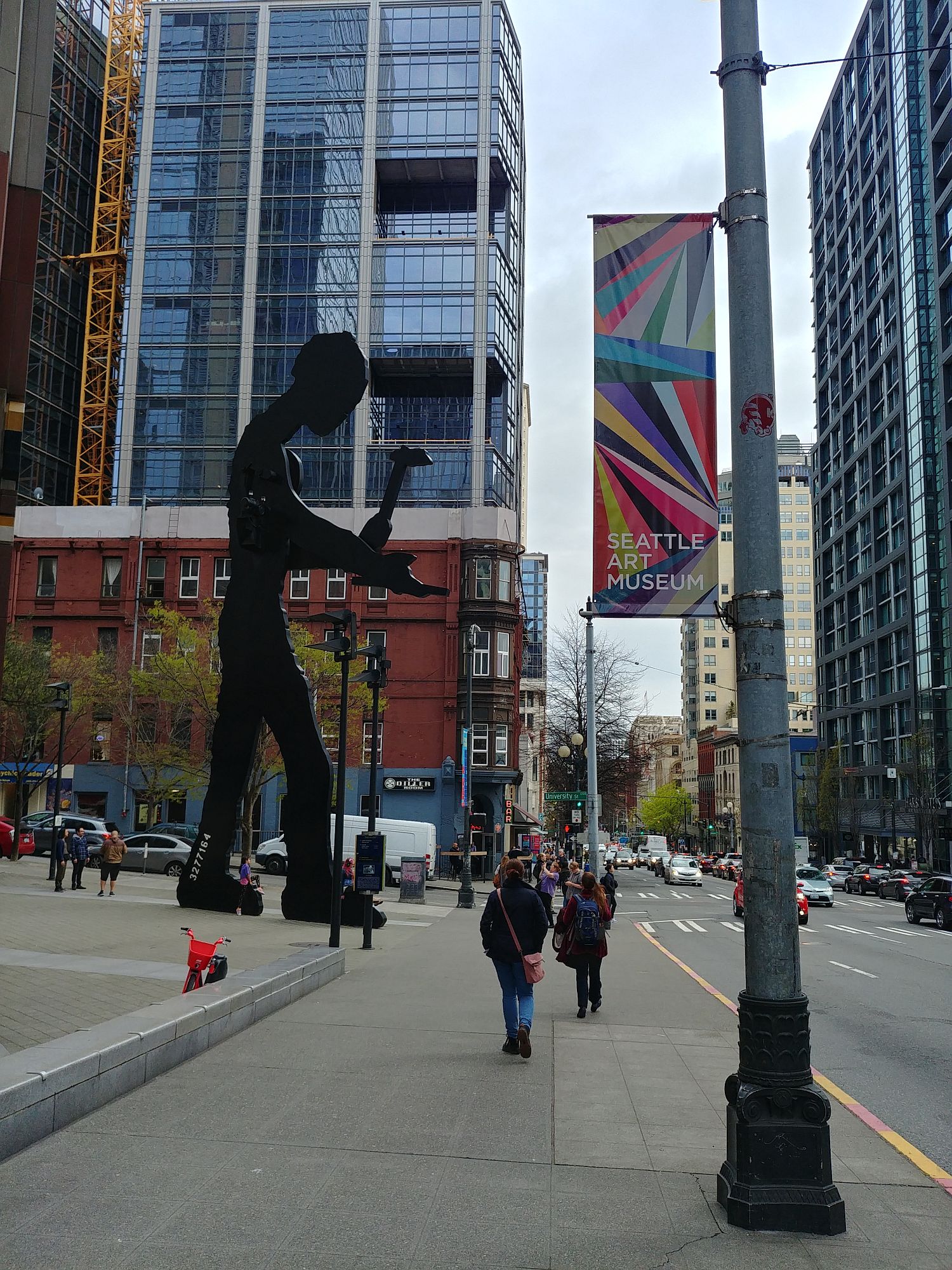 After the museum I went to the airport to get my companion for the next two weeks: I’m going to have company!