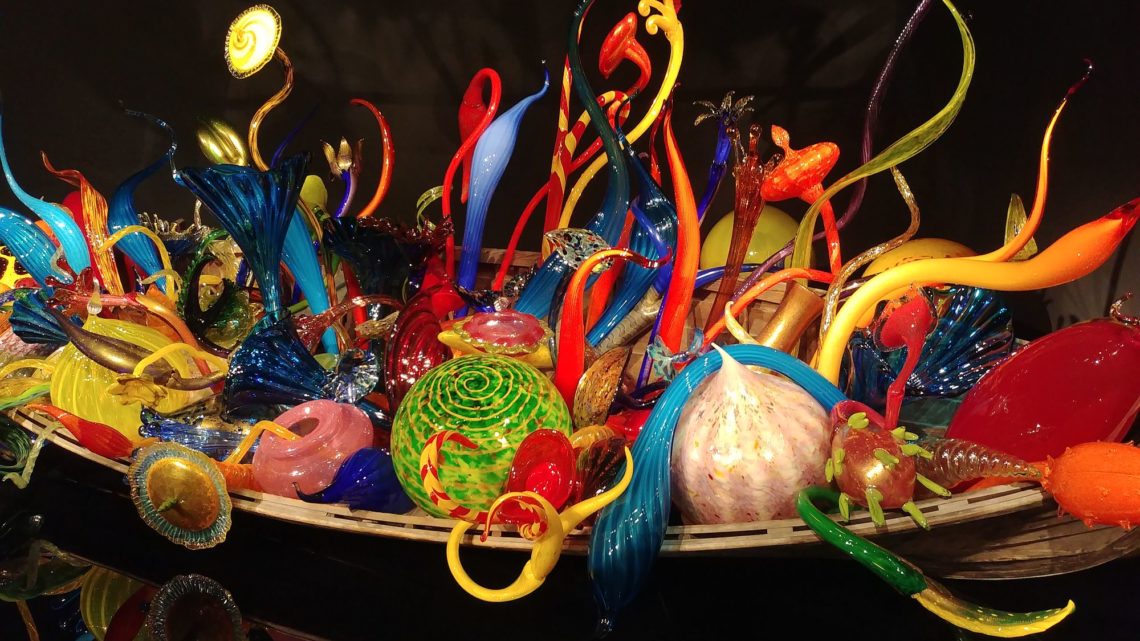 Today dawned once again clear and sunny, so I took myself to the Chihuly Glass and Garden.

What’s a Chihuly Glass and Garden, you wonder? Well, this strange beast is the result of the vision of a glassblower artist, Mr Chihuly, who likes to put his glassworks in strange places, including gardens. This a permanent exhibition of his works in several settings.

(I really liked his work, so my gallery – clic here- has more than 120 pictures. Be warned.)

The Garden is in a complex that includes the Space Needle (you will see it in the pictures), and that is accessible by monorail, basically a short sky subway. It has only two stations -the terminals-, and well, I’m not sure what the hype is -except that it runs in only one rail.

One of the first room in the Chihuly complex is the Sealife Room, with the Sealife Tower (inspired by the Puget Sound in Seattle blah blah blah): 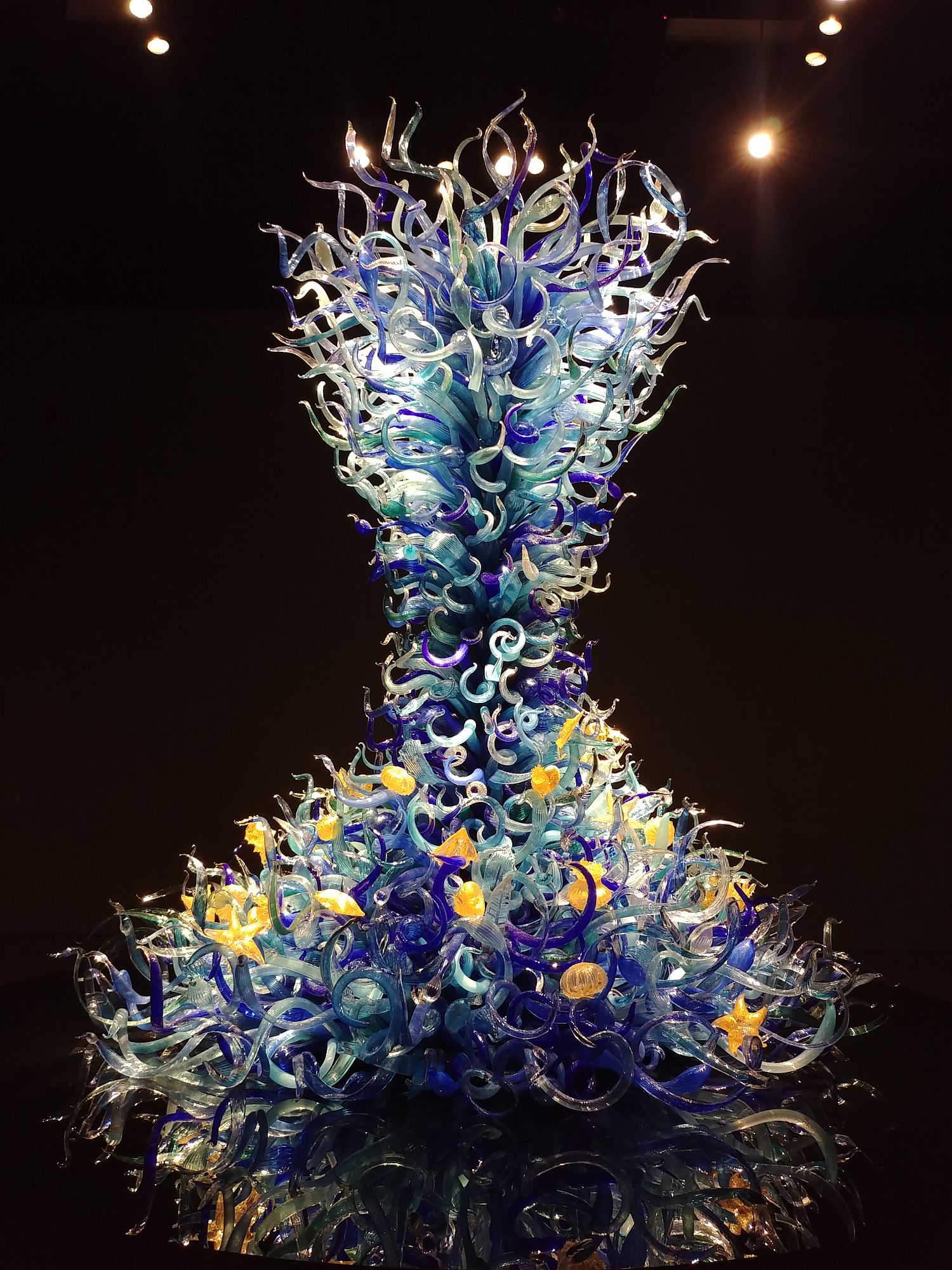 Pretty, isn’t it? And later his chandelier show the same inspiration, hanging from the ceiling instead of resting on a base.

The room that follows makes you crane your neck, as the exhibit is the (Persian) ceiling: 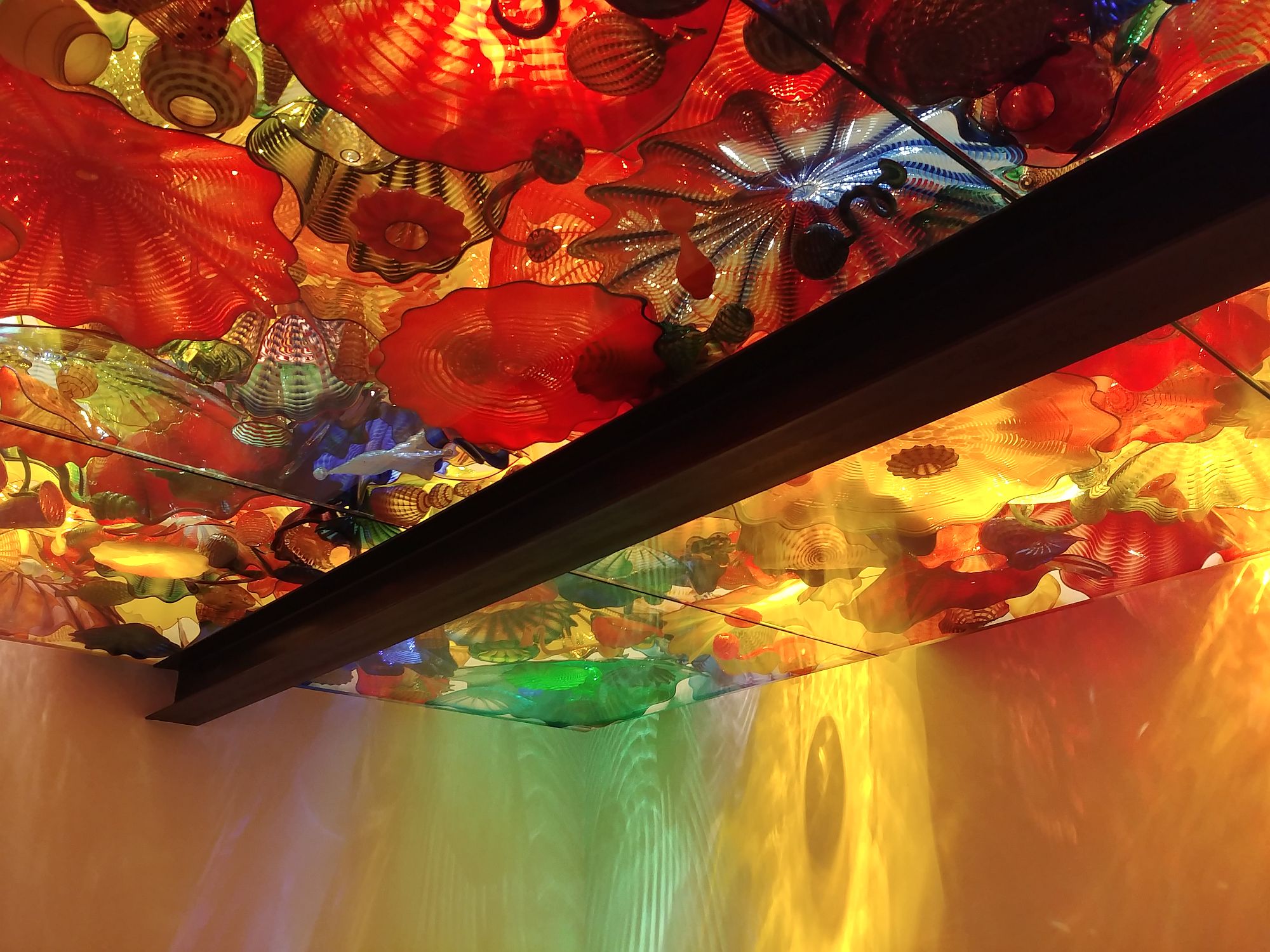 I’m not against having that in my living room. But if you think that is massive, the next work is both huge and intricate. 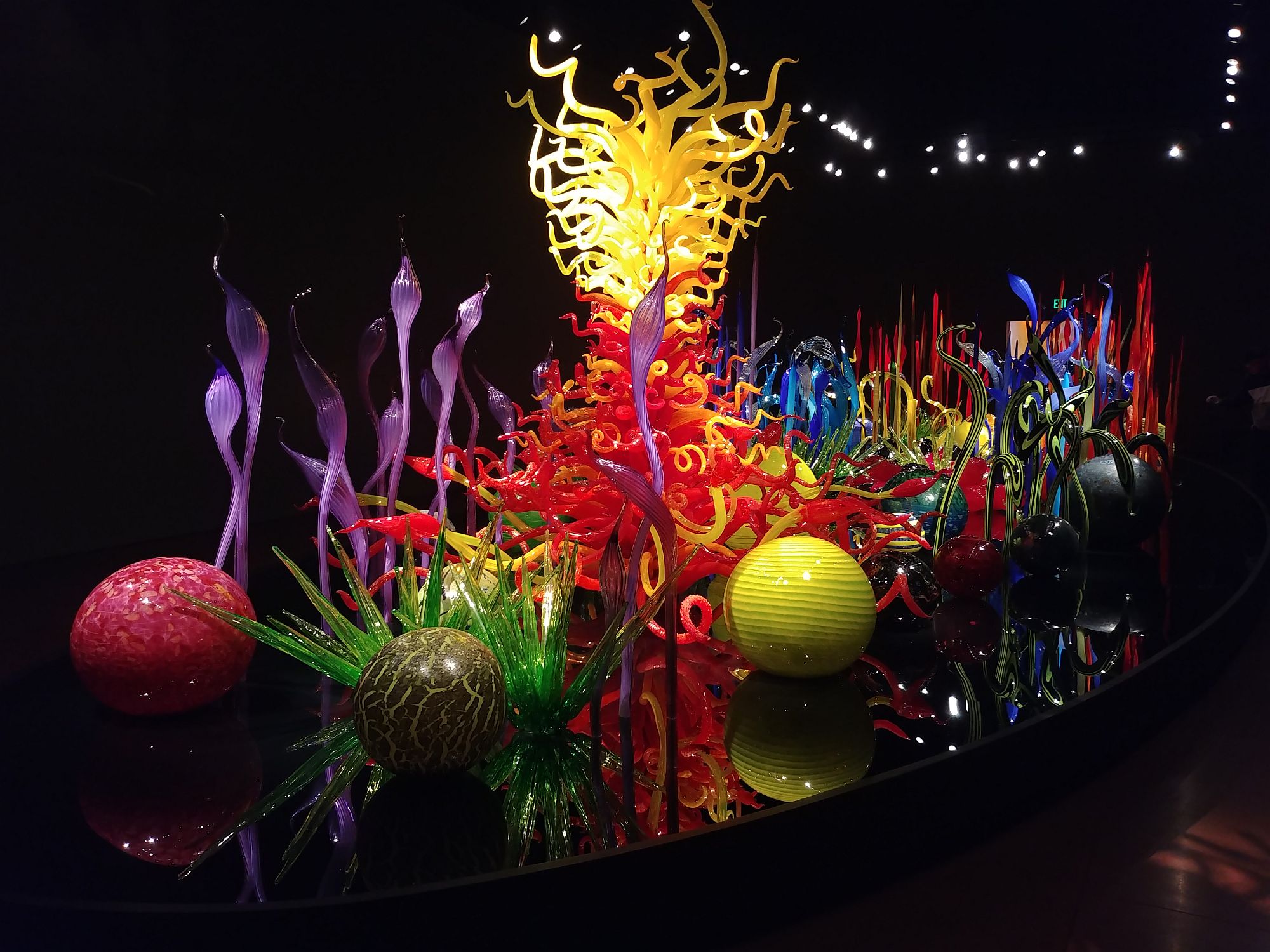 This is a garden where every stalk, every flower, every fruit is a work of glass. When you think of the work needed to make every single piece…! 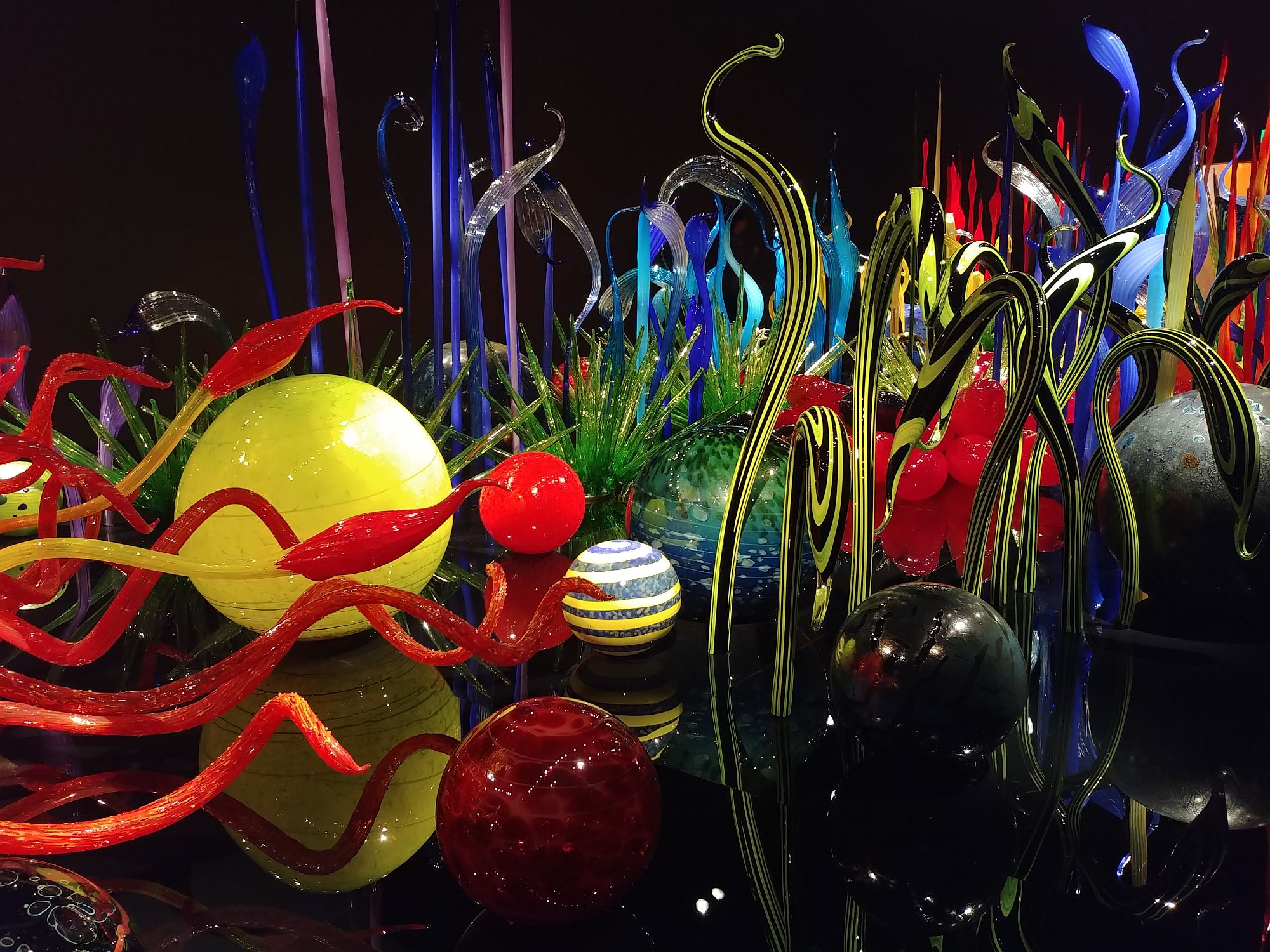 I found the next exhibits more playful: it is constituted of two floats, wooden boats filled with artwork. You see the Ikebana Float featured on the top of the article, and its neighbour is the Niijima Float. 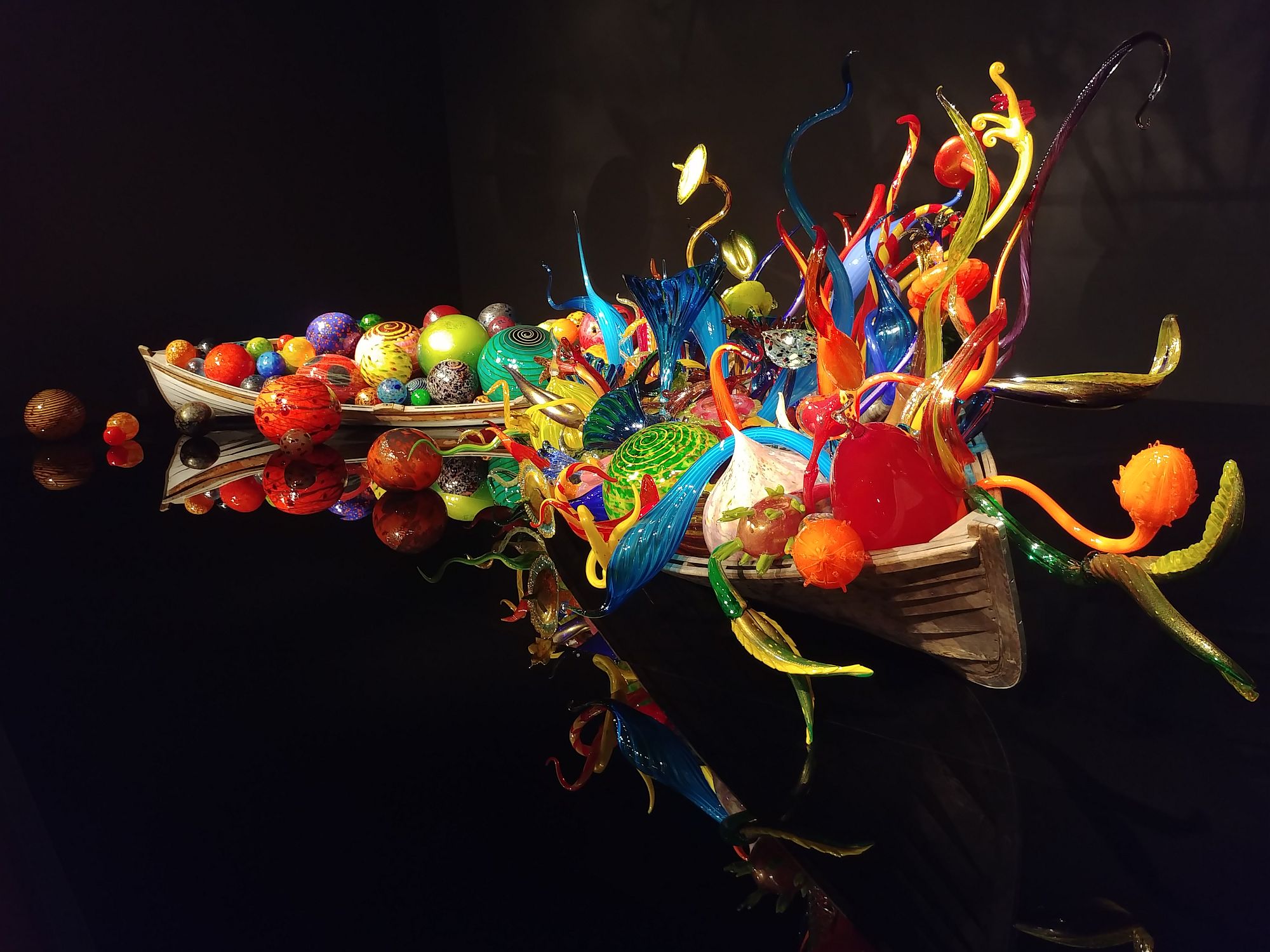 After the floats, the chandeliers. Already when I had seen the Sealife Tower I thought I had seen something similar in London, and as a staff member was giving a talk in the Chandelier Room, I asked her for corroboration: there is a huge blue-and-green Chihuly chandelier in the lobby of the V&A Museum in London which had caught my eye when I went to visit some time ago. 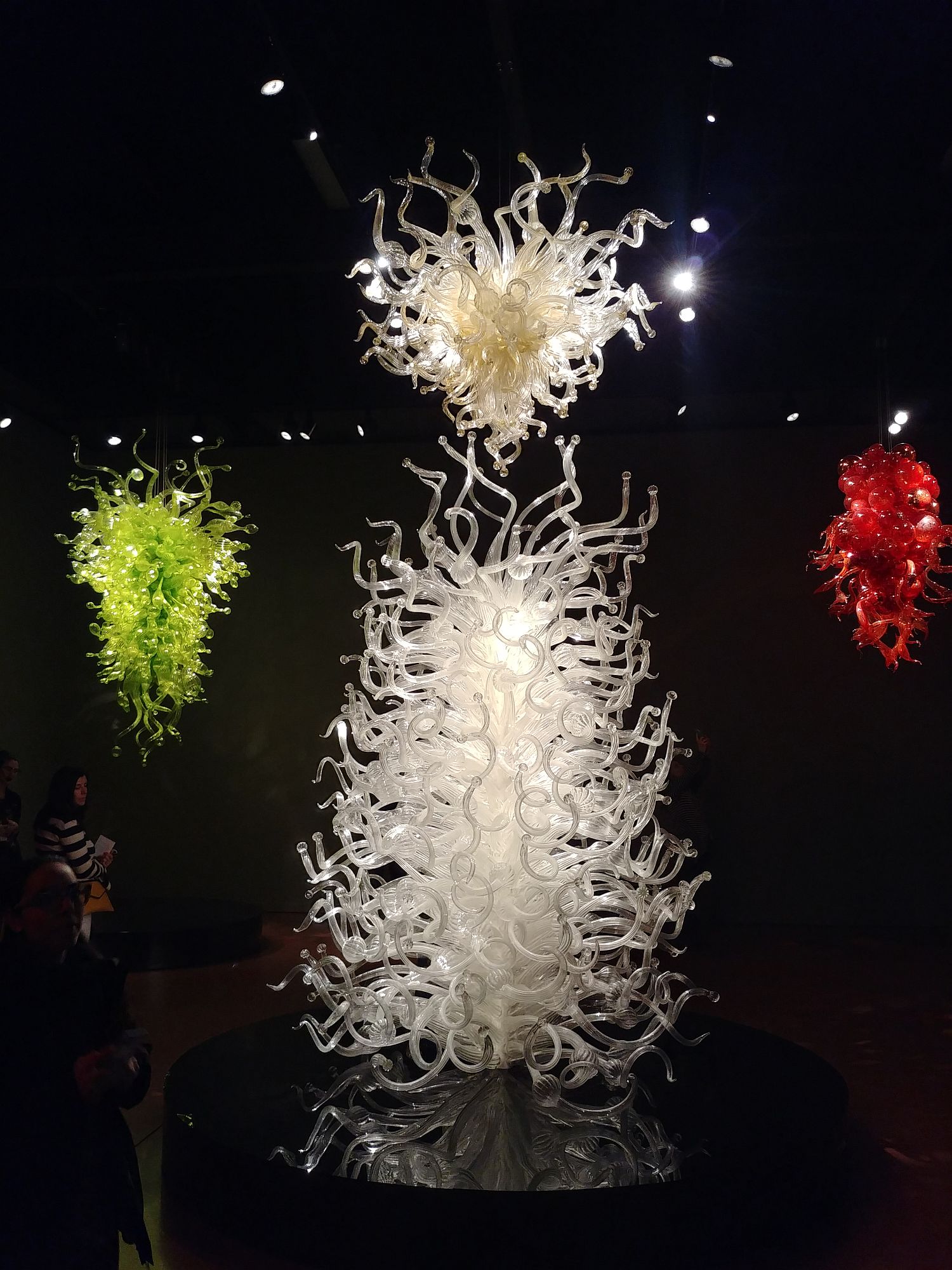 I wasn’t as interested in the next room, and I finally arrived in the glasshouse, built to shelter some particular flowers! 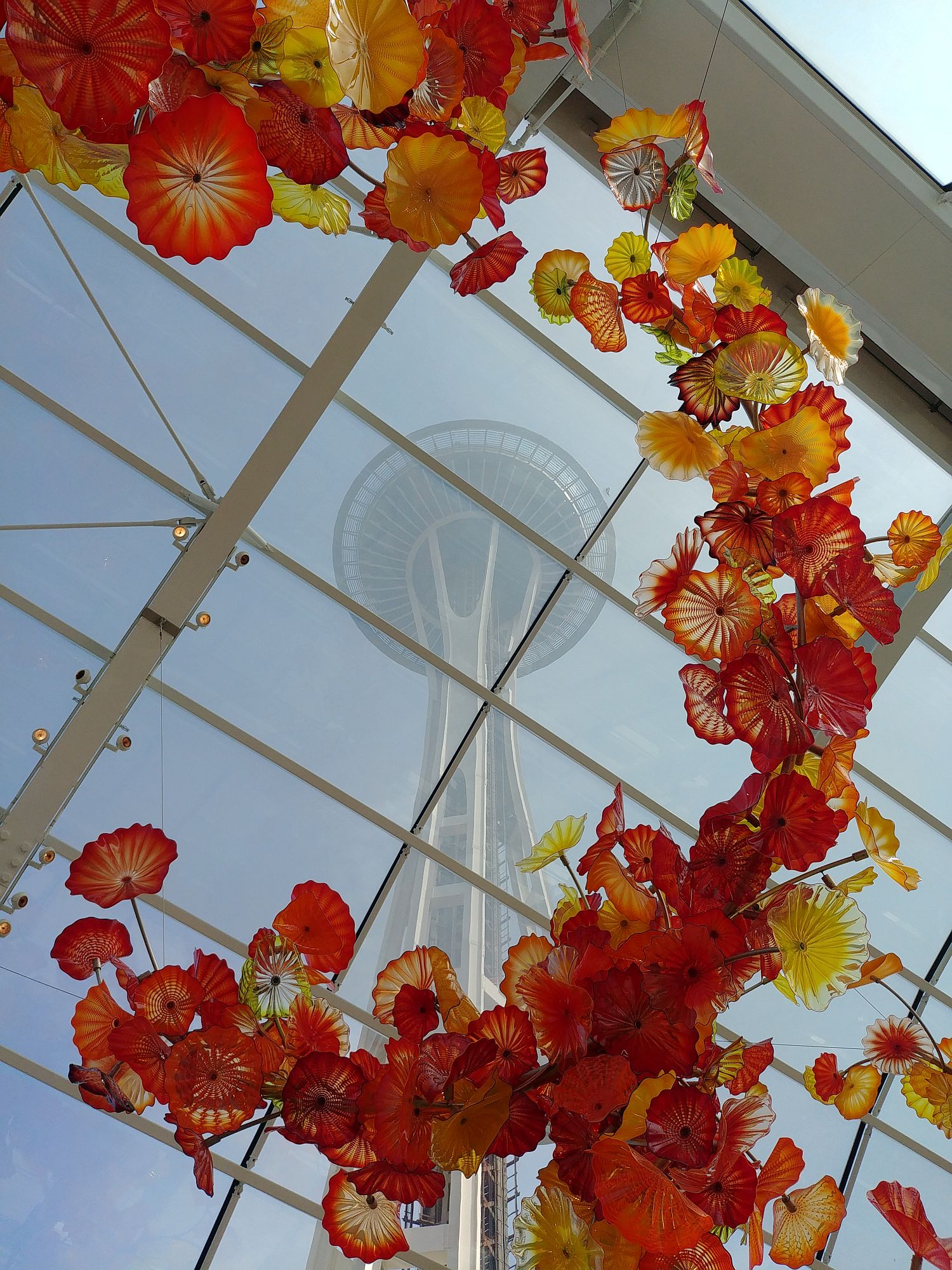 Exiting the glasshouse I found myself near a glassblowing studio giving demonstrations for the visitors. Two students were blowing glass, one working and the other assisting and commenting. It was very interesting to see a glob of melted glass become a colourful, hourglass-shaped vase.

I took a few pictures in the Chandelier Walkway -more chandeliers!- then went to the garden. 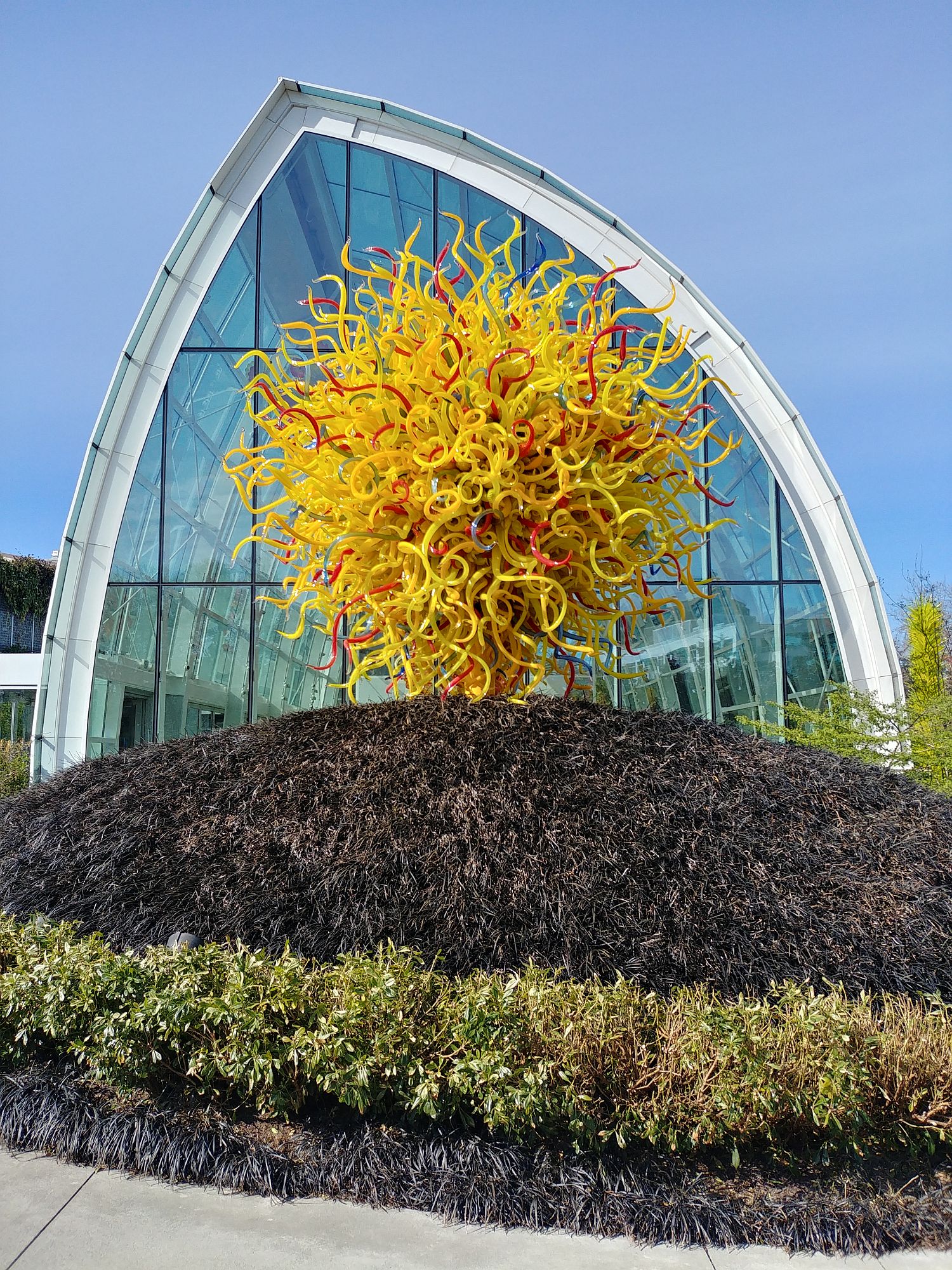 Chihuly Glass and Garden – Glasshouse from the garden

One of the fun things to see here are the reflections in the balls of glass. It’s difficult to avoid being caught as well, though! 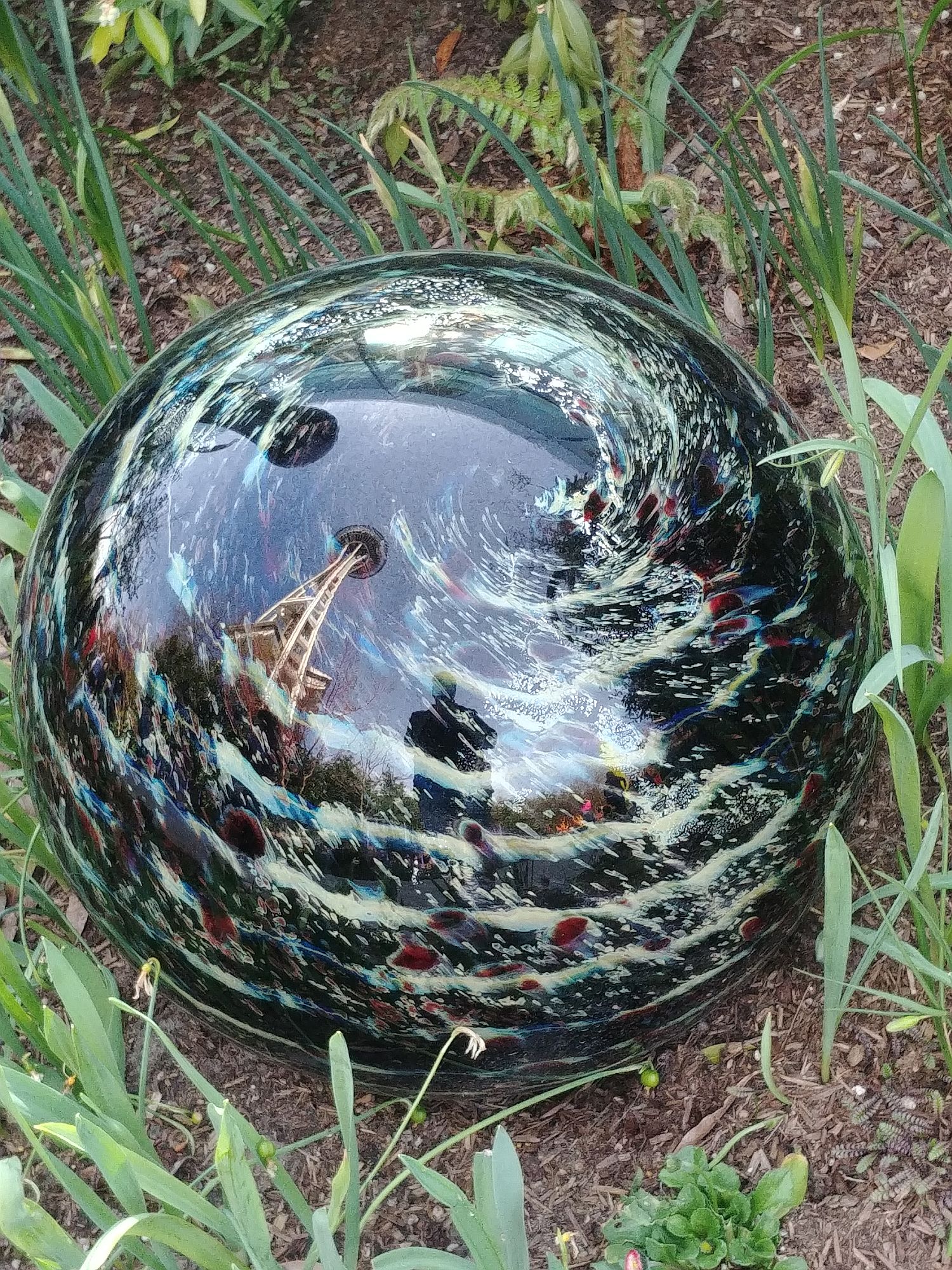 I hope that you see why I enjoyed that visit so much!

The rest of the afternoon was more quiet after that, I went down to the Olympic Sculpture Park, a tiny park with a few sculptures. I enjoyed my usual cup of tea while finishing my audio book in the sun, and went home, footsore again!