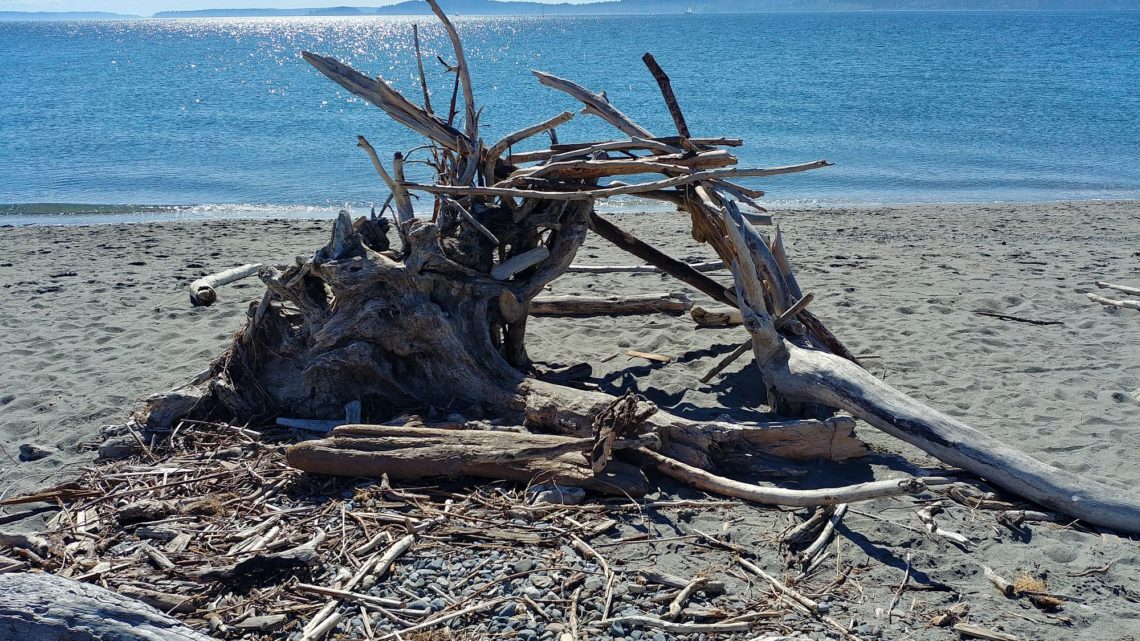 Sunday at the beach

Since the weather was again cooperating, I resolved yesterday’s dilemma by going to the other park, the one with the reputed view over the mountains.

Indeed, from the bluff and from the beach, on can see the Olympic Range beautifully. (We are supposed to be able to see the Cascades, but I haven’t really found out yet from where.)

Discovery Park is a former military fort, with lots of land around. It comprises a point going West into the sea (with a lighthouse), which gives a South- and a North-facing beach. I passed shuttered houses that I took for former officer lodgings, a great lawn, and lots of tracks.

I fumbled my way to a South-facing bluff by chance (I was going for North), and really enjoyed the view. 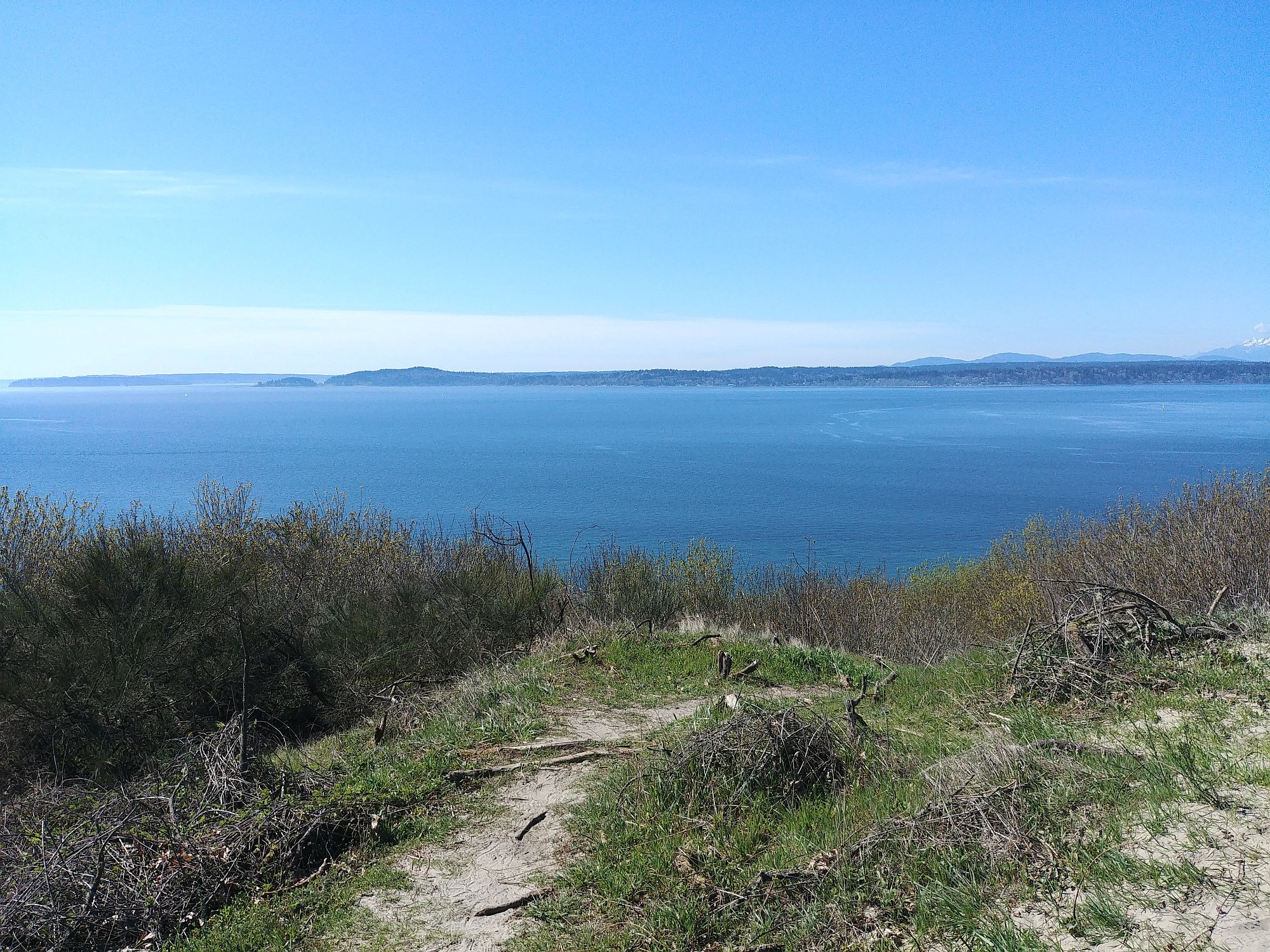 From what I can tell this is the South part of the Olympic Range. Later pictures have a better view of the range! The mountains are snow-capped. 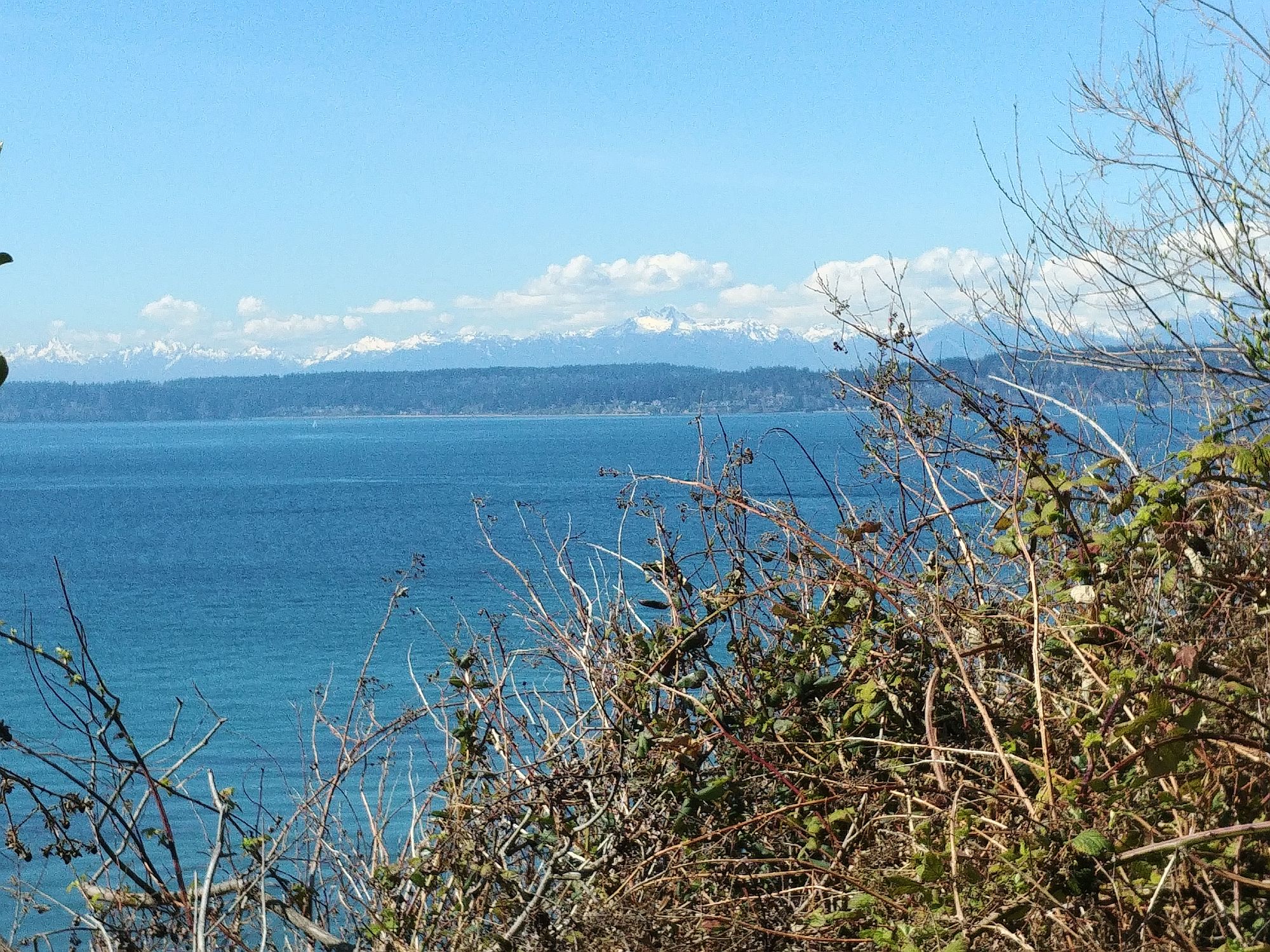 From there I followed the trail taking me to the (South) beach, a narrow strip of smoothed rocks lined with driftwood. Apparently, it is a seal rookery in Summer, but it was far too early to see any seal pup.

I chose a nice tree trunk to spread my picnic, and a nearby stump gave me a perfect tea-mug holder. 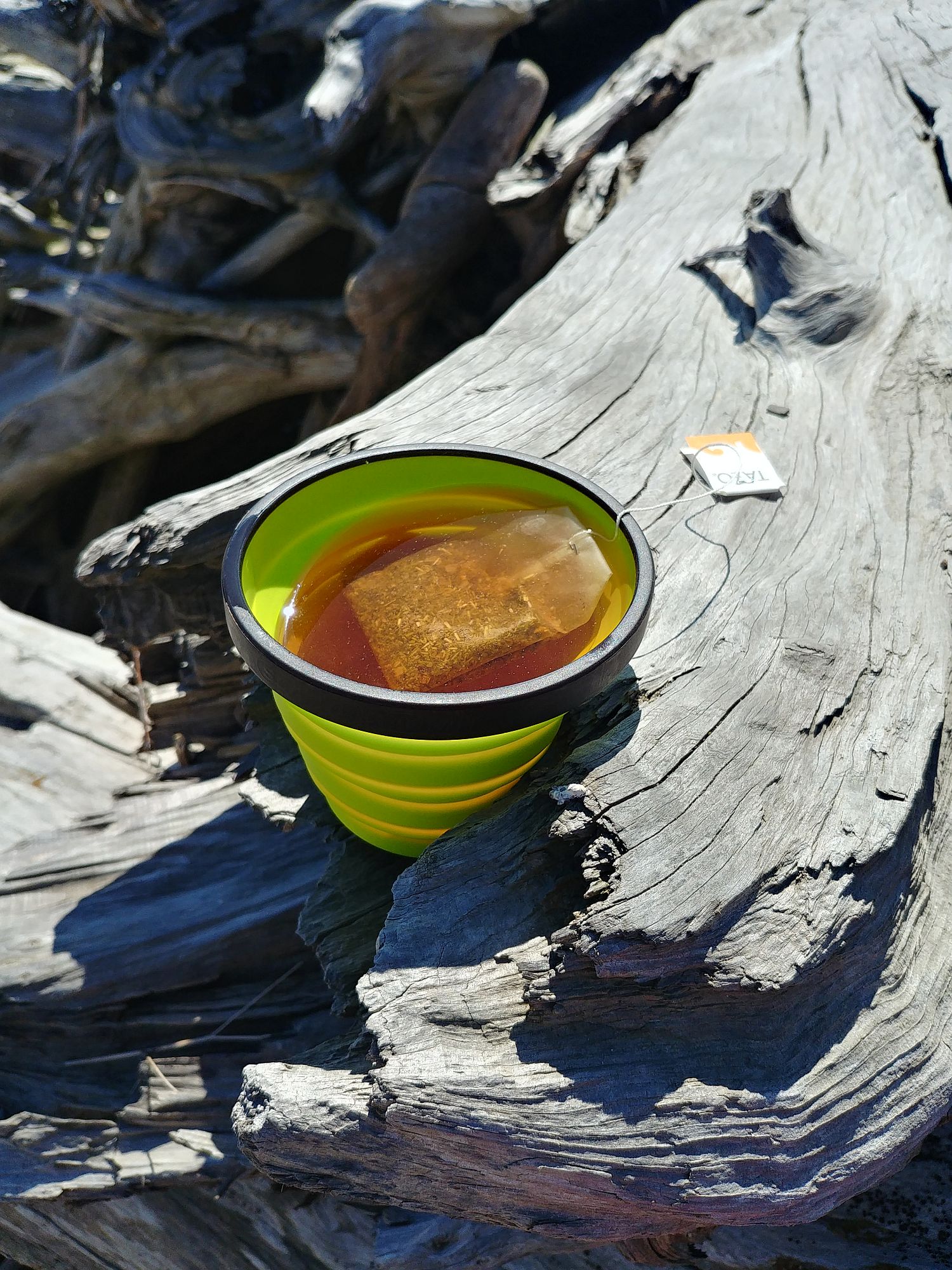 Discovery Park – Tea on the beach

After lunch, I finished the loop by going on the North beach, then back up the bluff, and found myself another patch of sun-warmed grass (okay no, the grass is cold and damp even in the sun, but I had brought protection from slightly muddy ground with me).

It’s something new to lay in the afternoon sun and to know that there isn’t the slightest risk of sunburn (or even suntan, for that matter!). Shade is cold, and the breeze isn’t helping stay warm.

But there you are, a nice day at the beach, in the sun.

When I came back -with makis bought for diner-, I learned that on Sunday night the hostel make free diner! So I put my makis in the fridge and partook of the curry cooked for us.

As a volunteer for the subsequent clean-up, I got to get at the head of the line -with the other volunteers-, and enjoyed my meal. Each part was separate to allow people to fill their plate as they wished: vegetarian, more spices, etc.

The clean-up was quite a bit of work -putting the leftover vat of rice into smaller containers was a long work in itself!-, but we were 5 people working on it and it got quickly done.

And all the leftovers are free to be eaten as long as they last… free meals!