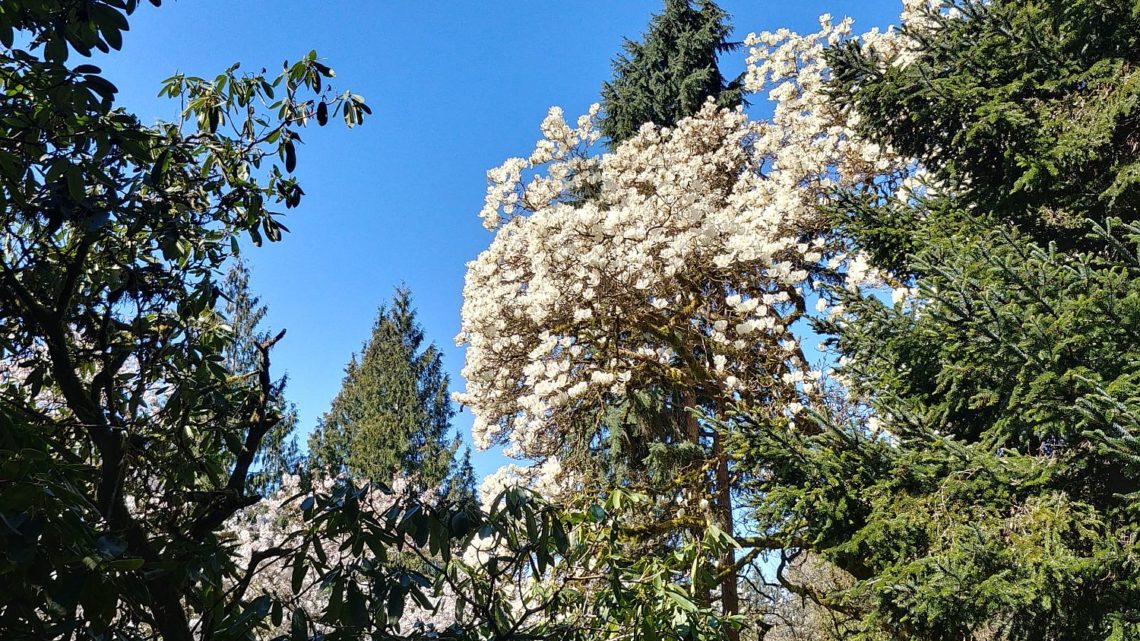 Having checked the weather forecast for the next few days, I had found out that Saturday would be the best day for an outdoor outing.

(Inhabitants of Seattle agree, as I have seen many in shorts and T-shirt while I was considering shedding one of my three outside layers.)

So after a short morning looking through outdoor stores for rubber tips for my trekking poles (in vain, but I can locate many such stores now), I packed a picnic, looked through the list of parks to find the most congenial -the final choice being between the Arboretum and one with a beautiful view of the mountains-, and took off for the Arboretum. 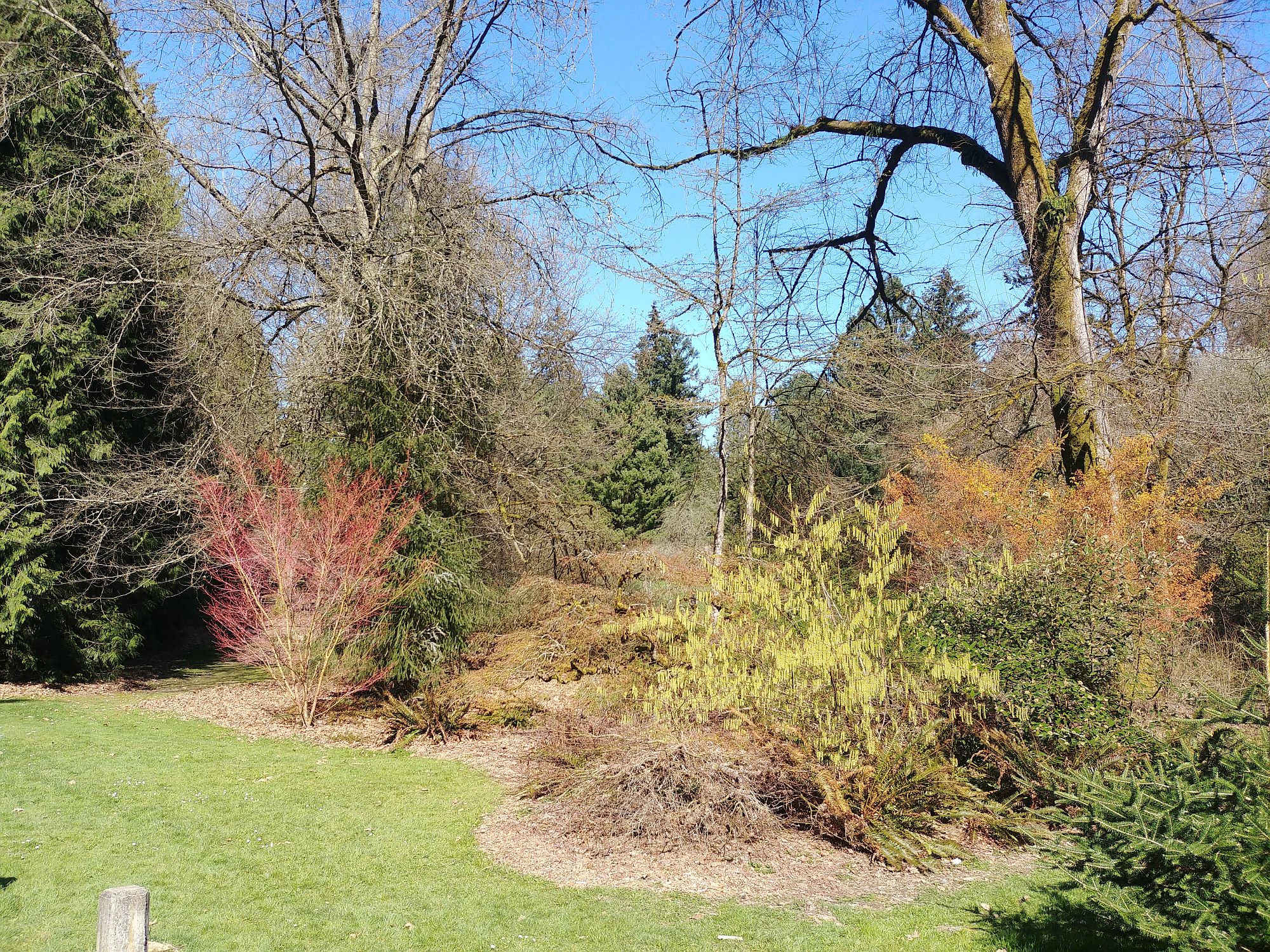 It is a big park with, obviously, trees! But interesting, well-groomed and in certain cases flowering trees. The cherry trees, the magnolias and the rhododendrons were flowering. 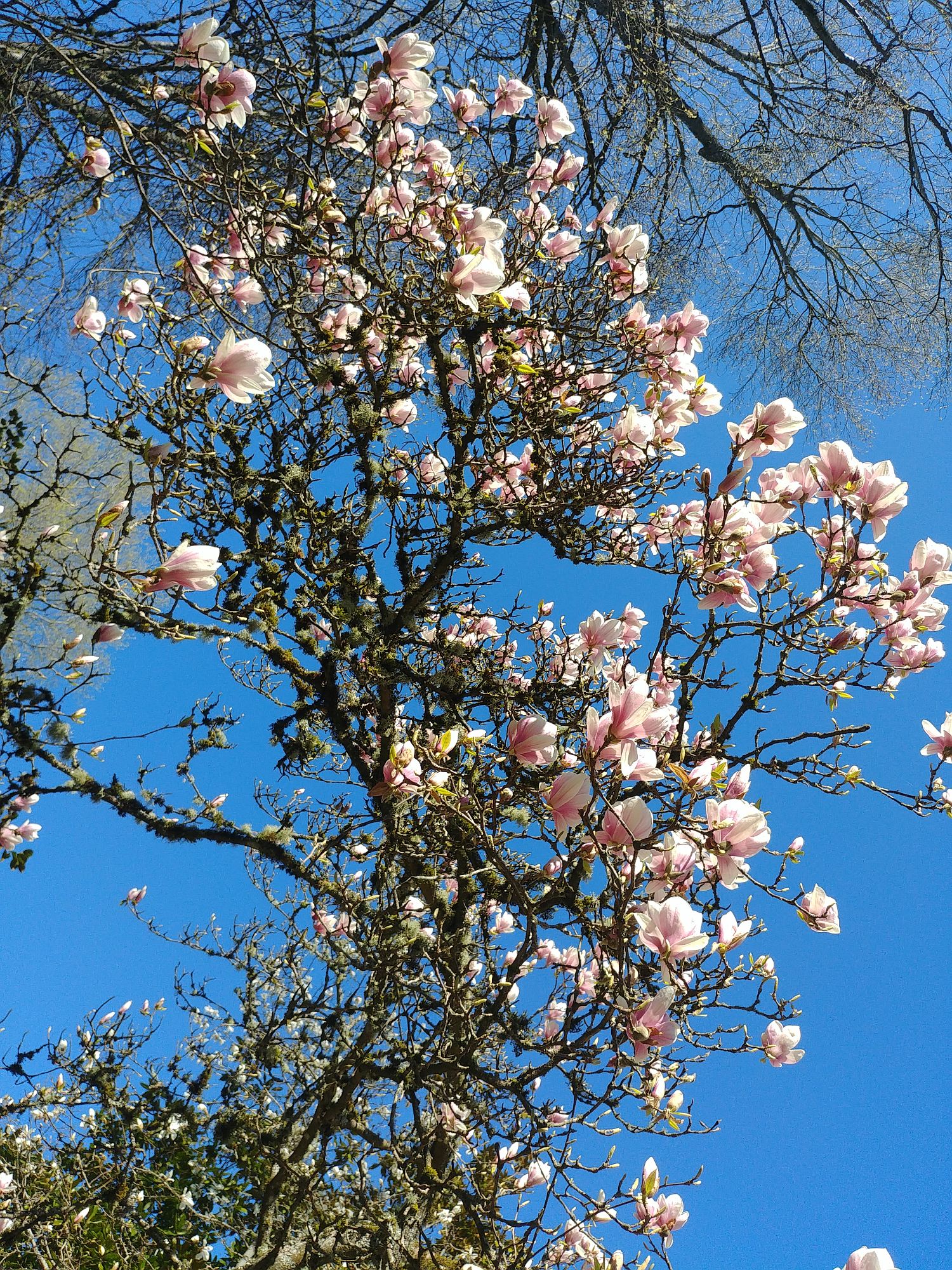 The park is also located on the shore of Lake Washington, so I followed the shore trail for a while -which became quickly the marsh trail for reason soon obvious, such as walking in mud. 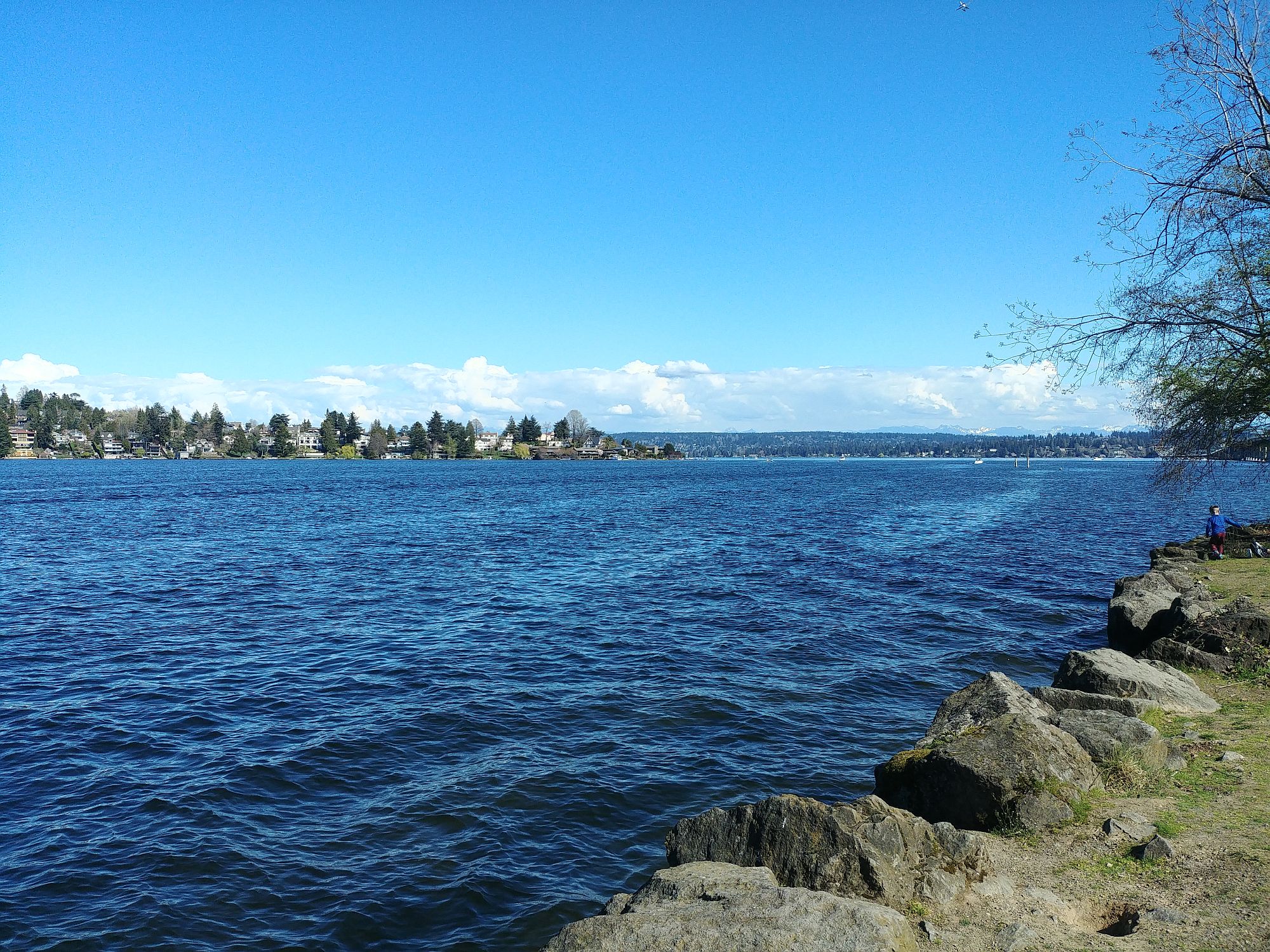 I had found a congenial bench to picnic on shortly after arriving in the park, but after making the big loop along the shore, through the marsh islands, and back in the park, I found a nice, sunny patch of grass to put my blanket on and read and snooze a bit.

Such a nice way to spend the day!