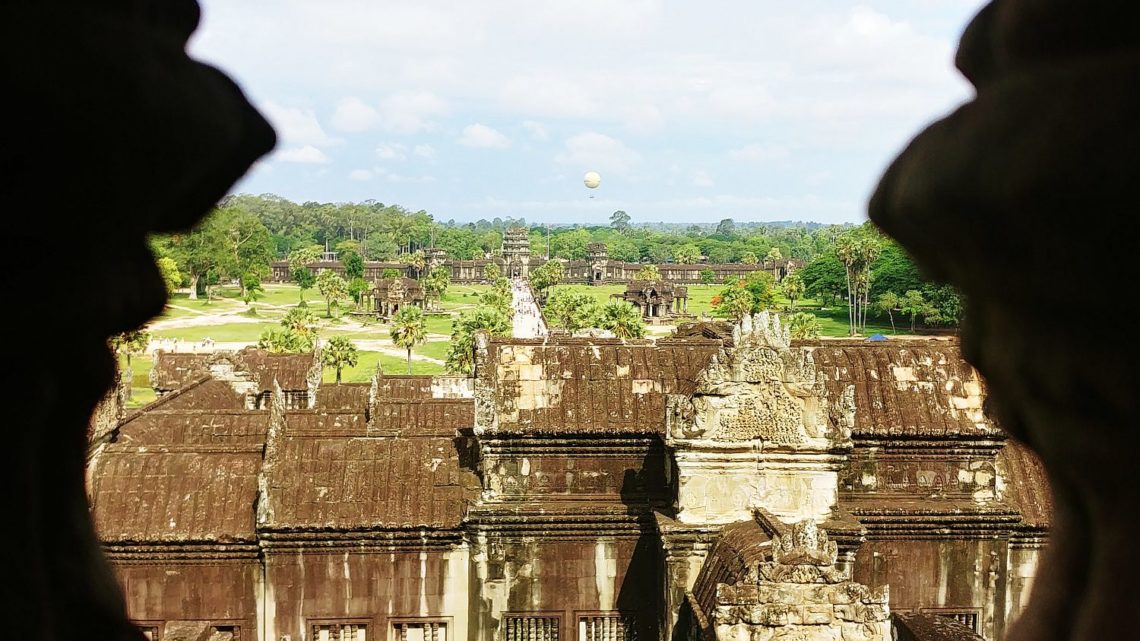 Among world-famed historical sites, Angkor Wat evokes exoticism, mystery, adventure… the temple lost to the jungle and rediscovered, symbol of an entire nation, once capital of an entire empire, and so much more!

I had so many expectations, and I wasn’t disappointed.

So… today, my dream came true. (Now I still have to wait for my prince in shining armour and his white horse, but the orange tuk-tuk will do until then.)

My hostel had arranged for a tuk-tuk to pick me up at 7:30AM. Actually, I have the same driver than the one who picked me from the airport, and he will drive to the different temples for at least 5 days. (I haven’t negotiated for more, but I can.)

(First, you drive to the ticket office to buy your pass. I was apparently the only one at this time to want a 7-day pass. No queue.)

Then you drive on, you get to a checkpoint to get your pass punched for the first day, then the road takes you to the east side of the moat. When I say “moat”, I mean “body of water roughly a hundred meter across in a huge square shape”.

Tough luck, the entrance is on the western side. So you drive around this huge moat looking inside at the lush vegetation hoping for a glimpse of the famed towers. Doesn’t work.

Then you get to the parking lot -a muddy, rutted lot- and finally, to the causeway, at which point you are offered the numerous services of guides. At least, once past the checkpoint, you are left in peace. 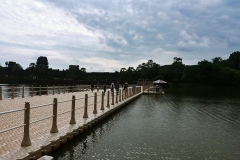 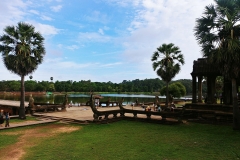 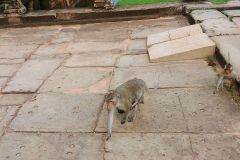 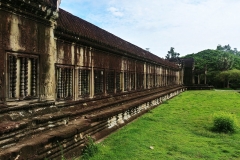 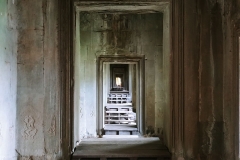 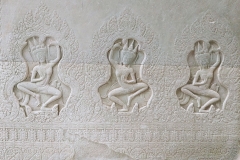 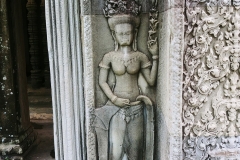 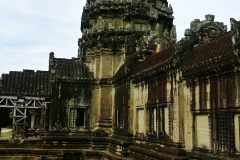 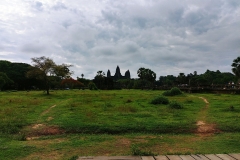 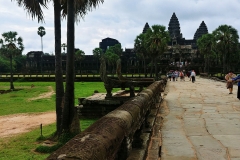 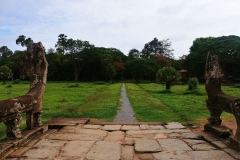 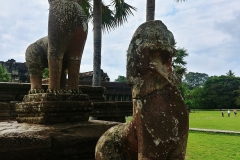 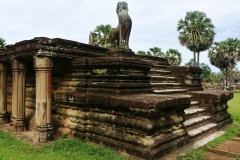 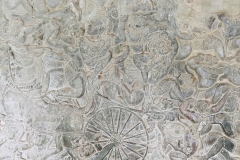 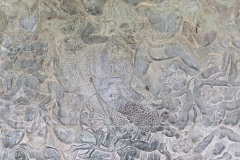 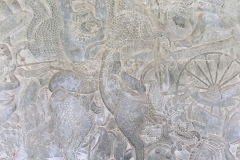 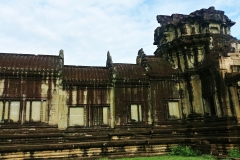 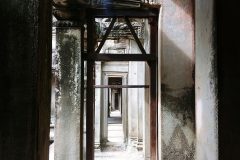 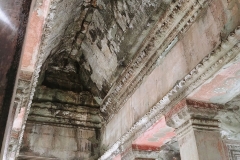 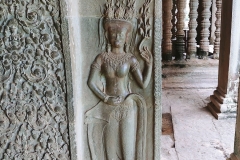 I wrote a commentary of my visit under each picture, so please look at them with that in mind.

I think I was lucky with a reasonably low number of tourists, because I saw signs leading to the final climb of the central temple with “45 min wait at this point” and so on, and I didn’t have to queue at all.

When I finished that visit, the driver took me to Angkor Thom, which is both bigger -the area surrounded by its moat is easy four times Angkor Wat’s- and smaller, as the central temple, the Bayon Temple, is smaller.

And that visit will be for a future article, as I haven’t gone through the pictures yet!