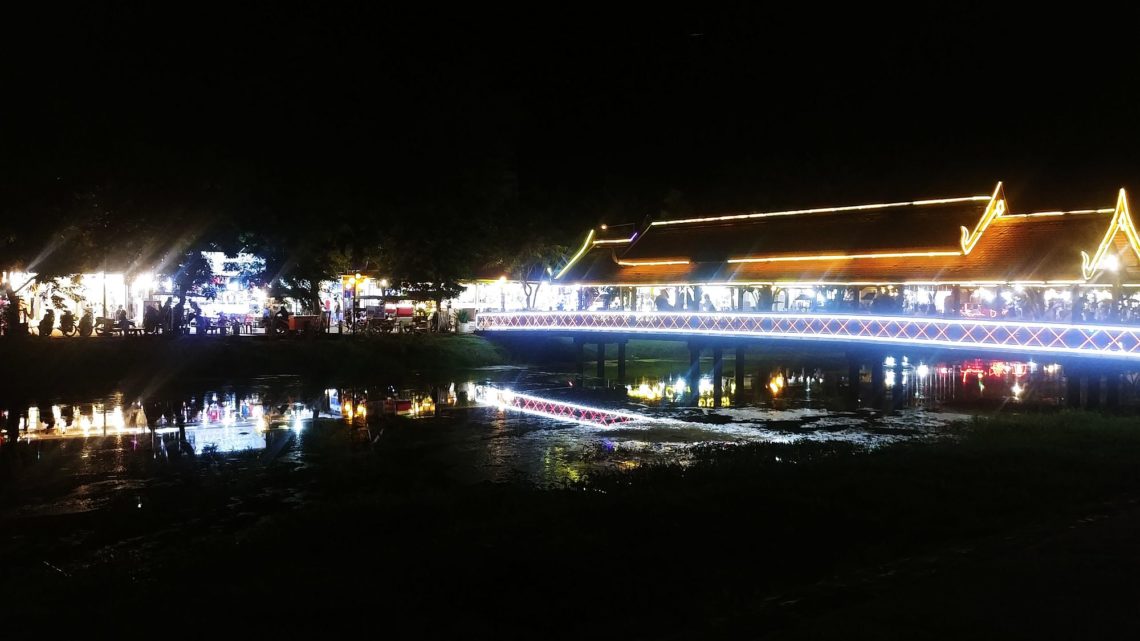 Today was busy, full of “hurry up and wait”. I had a plane to catch, and, afraid to get lost in the way to the airport, I basically arrived everywhere early and waited.

The hostel had recommanded a certain bus shuttle service, but upon looking the schedule, I saw that the first was leaving at 11 AM for my airport, later than I wanted (it seems strange, but I didn’t want to take the risk to be stuck). So I interrogated my trusted Google Maps, who told me to take the bus 73 (one every 15 minutes), to wait two stops to arrive at the train station and there take the express train to the airport.

When Google says every 15 minutes, it forgot about taking into account Thai time. So I waited almost half an hour. 2 stops, in Thai, means stopping almost every 50m to take passengers. (It had seemed suspicious to me also. I just think that the stops aren’t registered with Google Maps.)

Anyway, I boarded my bus, arrived at the train station, ran a bit to buy my (expensive) ticket and catch the train (I had wanted to take an earlier bus to have more than 10min to cross to the station from the bus stop, find the ticket counter, buy a ticket and get to the correct platform).

In the train, the controller looked at my ticket with surprise, went away with it and never came back. What the….?

So, I arrived at the airport an hour before the opening of the luggage check-in. Go me. I could have waited the next train one hour, paid probably a lot less, since it wasn’t an express, and been there largely in time too.

The flight was short, they provided us with the forms for immigration and customs (nothing to declare) and visa application.

Let me tell you about the visa on arrival counter at the airport.

You queue at one end with your passport, the visa application form, an identity picture, and 30 dollars. They take the whole and send you to wait to pick it up at the other end of the counter. In between, about 15 officials in uniform write down by hand the information provided, each with a “runner” standing behind them passing the documents, so that’s around 30 people in uniform lined up, one row sitting, one standing, and at the end, one official receive about 10-15 passports at a time, open at the right page, which he stamps in one shot. He sends them sliding to the next person who picks them up and call the owner to get it back. That whole organization is something.

And between flights, at a guess, they stand around waiting for the next batch of passengers.

After that, passport control and customs (“just drop the form over there”) are just formalities.

I had arranged for a pick-up at the airport, so a driver was waiting for me (a nice Cambodian, half my size, who nicely inquired if he could help me with my luggage, folded in two he probably would have fit in my backpack).

I went for a short walk at the night market. The night falls around 6:30 PM here. It is loud and noisy and full of bright lights, music from every cafe, food stalls in the street selling all kind of things (fried ice cream? What did I miss?), and tuk-tuk drivers all inquiring if they can drop you somewhere. The shops sell souvenirs, the usual flowing pants and tunics, elephant T-shirts and pillow cover.

The picture above is from a footbridge by the night market. There are two footbridges, brightly lit, spanning both banks of the river that flows through Siem Reap.

Anyway. I arranged to have a tuk-tuk driver this week, starting tomorrow, to take me to the temples. I hope to have a few nice pictures to share!